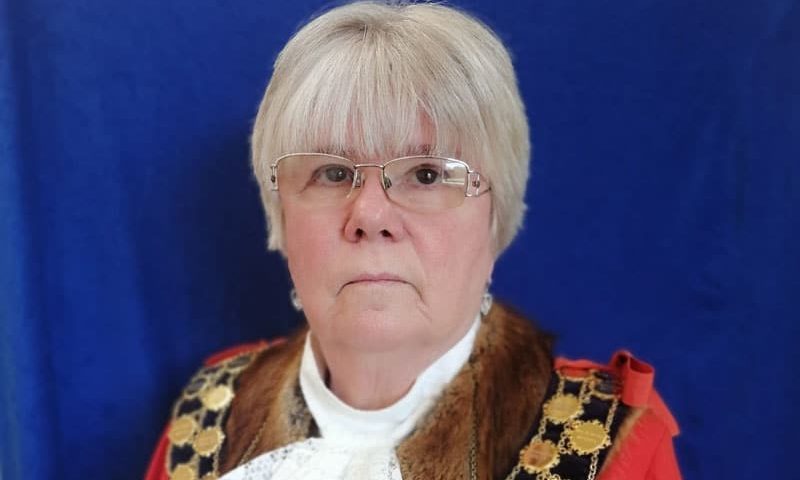 Sandra Haigh says she’s “honoured” to have been elected as the town’s new mayor.

Independent councillor Haigh was elected to succeed Mary Dalton who stepped down as a councillor at the elections.

There were big changes made during Great Aycliffe Town Council’s AGM in May, when the ‘traditional’ leader position as scrapped as Cllr Haigh was voted in.

“I was honoured to have been elected at the Annual Council Meeting to serve as the Mayor of Great Aycliffe for the coming year,” said Cllr Haigh.

“I will endeavour to promote our great town to the best of my ability, and respect and follow the wishes of the people who have voted for me to represent them on the Town Council.

“I hope that this year sees a gradual lifting of the Coronavirus restrictions and a return to relative normality which will hopefully allow me to get out and meet some of the wonderful people of the town.

“I have chosen to raise funds for the local charity ‘Children’s Blessings’ during my year in Office.”

During the May AGM, councillors also voted in favour of abolishing the council leader post, long-held by Labour councillor Bob Fleming, who recently left the party.

After many years of Labour rule, Aycliffe Town Council is now made up of 13 Labour councillors, 11 independents and six Lib Dem representatives after the seismic local elections on May 6.

It means although Labour is still the party with the most number of representatives, it no longer holds a majority.

• If you would like the Mayor to attend any special events or occasions, please contact Sharna Stretch at the Town Council offices on 01325 300700.