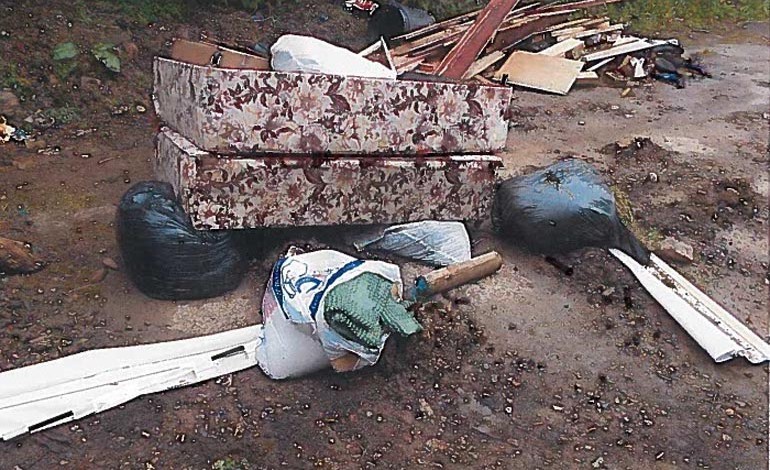 Neighbourhood wardens from Durham County Council handed out 77 Fixed Penalty Notices throughout November for offences such as littering and untidy back yards.

The council’s neighbourhood protection teams work with police and other partners to improve the environment and promote safer communities.

In November, 66 Fixed Penalty Notices were handed out for littering, one for dog fouling, nine for untidy yards and gardens and one following a waste carrier stop and check operation.

A further 64 Community Protection Warnings were issued to properties with untidy gardens or yards.

Wardens removed 110 stray dogs, a total of 173 anti-social behaviour incidents were investigated and the council’s Civic Pride team educated more than 500 children and young people about caring for the environment.

Meanwhile, as part of Operation Stop It, a multi-agency taskforce set up to tackle flytipping, six people were prosecuted for offences around illegally dumping waste.

More than 560 flytipping incidents were reported and investigated in November and 12 CCTV cameras were deployed in areas know to attract flytips.

Seven stop and check operations were carried out – one failed to produce waste transfer notes and was issued with a notice, known as a producer, requiring them to provide the documents, one person was referred for prosecution and two people were prosecuted.

Cllr Brian Stephens, Cabinet member for neighbourhoods and local partnerships, Durham County Council, said: “It has been another busy month for our neighbourhood protection teams who have been working hard to tackle those issues that cause a nuisance in people’s everyday lives.

“When enforcement action is needed we will not hesitate to use the powers available to us but our aim is always to educate people from an early age about the importance of looking after the environment.

“We live in a beautiful area and we will continue to do our best to keep it that way.”