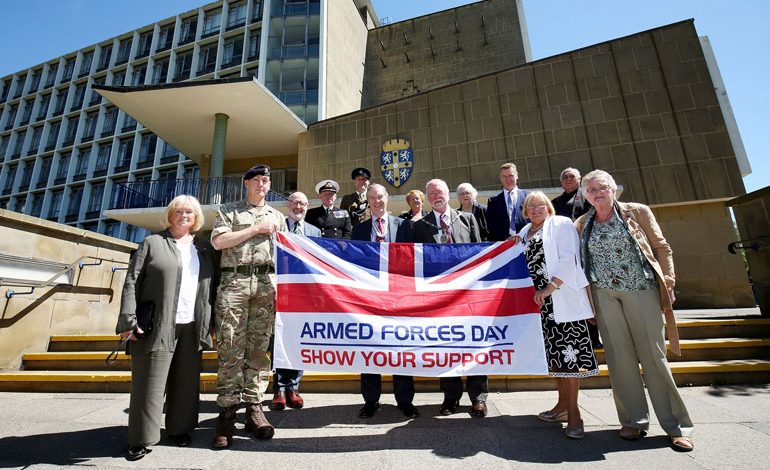 A council has gained national recognition from the Ministry of Defence for its support of the Armed Forces community.

Durham County Council is one of only 50 employers including ten local authorities in the UK to receive a Gold Award through the Defence Employer Recognition Scheme this year. The award recognises employers who demonstrate positive attitudes and policies towards serving and ex-members of the Armed Forces.

The council was nominated earlier this year for the quality of the work it has carried out since signing the Armed Forces Covenant in 2012 and achieving the Silver Award in 2015.

• Setting up a proactive Armed Forces Forum to encourage organisations in County Durham to work together to ensure people are not disadvantaged as a result of military service, or leaving the forces
• The creation of an Armed Forces Outreach Service in partnership with other local authorities in the region to support servicemen and women, reservists, veterans and their families with issues such as housing, benefits, employment, finances and health and well-being
• The Reserve Forces policy which offers up to ten days of paid leave to allow employees who are reservists attend their annual training. The policy has been used as an example of best practice among other local authorities and businesses in the North-East
• Actively promoting support for the Armed Force community through local business and suppliers, as well as the voluntary and community sector
• The introduction of a guaranteed interview scheme for veterans to help those who meet essential criteria overcome barriers to recruitment opportunities.

Cllr Lucy Hovvels, MBE, Cabinet member for adult and health services and the council’s Armed Forces champion, said: “I am delighted we have been recognised for our work to support the Armed Forces community.

“We are committed to fulfilling our commitments to the Armed Forces Covenant and are proud to be among the businesses, charities and public sector organisations to have won this prestigious award.

“We will build on this success to ensure that all members of the Armed Forces Community are treated fairly in County Durham.”