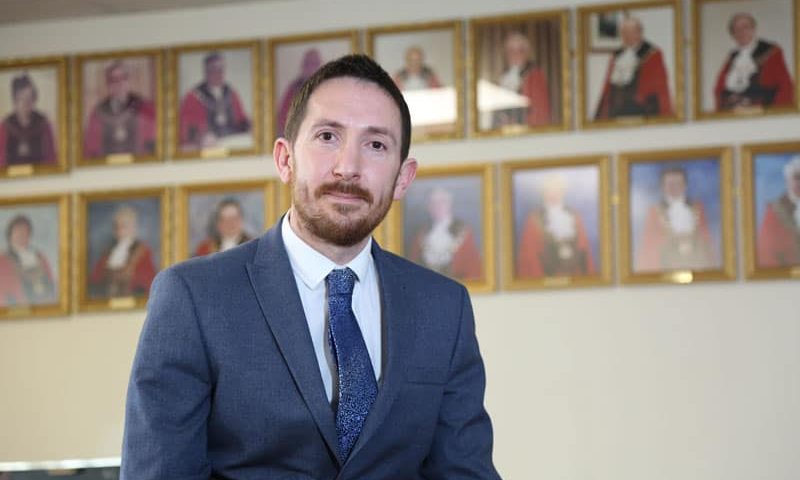 Great Aycliffe Town Council has dropped the leadership position amid big changes at the local authority.

At the council’s AGM this week, independent councillor Sandra Haigh was voted in as the town’s new mayor, with independent Ken Robson as her deputy.

But in a twist, councillors also voted in favour of abolishing the ‘traditional’ council leader post, long-held by Labour councillor Bob Fleming, who recently left the party.

After many years of Labour rule, Aycliffe Town Council is now made up of 13 Labour councillors, 11 independents and six Lib Dem representatives after the seismic local elections on May 6.

It means although Labour is still the party with the most number of representatives, it no longer holds a majority.

And during Wednesday night’s AGM, the self-appointed former ‘leader’ Fleming could only watch on as his grip on the town slipped through his fingers.

Aycliffe’s new town clerk Dan Austin (pictured above) told Aycliffe Today: “The notification of the ‘Leader of the Council’ was a long-standing tradition but was always just an ‘advisory’ item on the Annual Meeting Agenda as it is not a position recognised in law at town and parish council level.

“However, all decisions taken by the town council are made by all 30 councillors as a corporate body.

“This person was usually appointed chairman of the Policy and Resources Committee and therefore given responsibility for overseeing the council’s strategic direction, policies and finances.

“Following the recent elections, there is no longer a controlling political group on the council.

“As incoming town clerk, I felt it would be an opportune time to remove the reference to the leader of the council from the Annual Meeting Agenda – particularly bearing in mind the changed political make-up of the council.

“Instead, it was requested that each political group advise who their spokesperson is. This being for the information of council officers to enable consultation and co-ordination of information outside of council meetings. This was agreed on Wednesday night.”