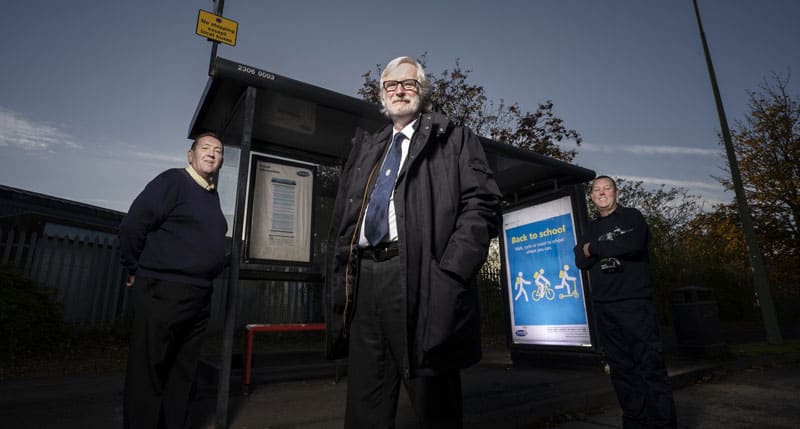 Durham County Council has been rolling out energy efficient measures across buildings in its area as part of a commitment to improving the environment.

The local authority’s in-house teams have been replacing lights in buildings and public places across the county with more energy efficient LED lighting.

The LED retrofit project is part of the council’s Climate Emergency Response Plan, which has been helping to reduce carbon emissions, save energy and lower costs.

The council has also committed to achieve an 80 per cent reduction in carbon emissions by 2030.

On top of existing street lighting retrofits, the new lighting continues on from previous LED work that has been carried out by the council and is being installed in over 400 bus shelters, newly renovated subways, and some schools across the county.

Over 12 of the council’s main buildings have so far been retrofitted with new lighting, from business centres to leisure centres and, more recently, floodlights at Teesdale Leisure Centre.

The project is expected to save 20 per cent of the carbon emissions by reducing buildings’ electricity usage while generating over £60,000 in annual cost savings.

In a further step, as schools account for almost half of the carbon emissions from buildings, the council is committed to providing advice and guidance on reducing energy consumption through its Enlighten schools project which, in addition, secures funding for the works.

Crook Primary school was the first school to participate in the project, with carbon savings of 15,700kg of CO2.

The benefits of installing LED lighting in schools include:

Cllr John Clare, Durham County Council’s climate change champion, said: “Climate Action is not just about big things like greening the grid – it’s about decarbonising every aspect of our lifestyle.

“Changing a light to LED might seem a minor improvement, but changing the lights in town halls, leisure centres, schools, and more than 400 bus shelters makes a big difference.

“And, of course, now, every time anyone stands in a lit bus shelter, it will remind them that we are working towards our target of becoming carbon neutral as quickly as possible.

“It is perhaps also a reminder that we too can contribute towards that target by making even small changes in our own lives; it all adds up.”