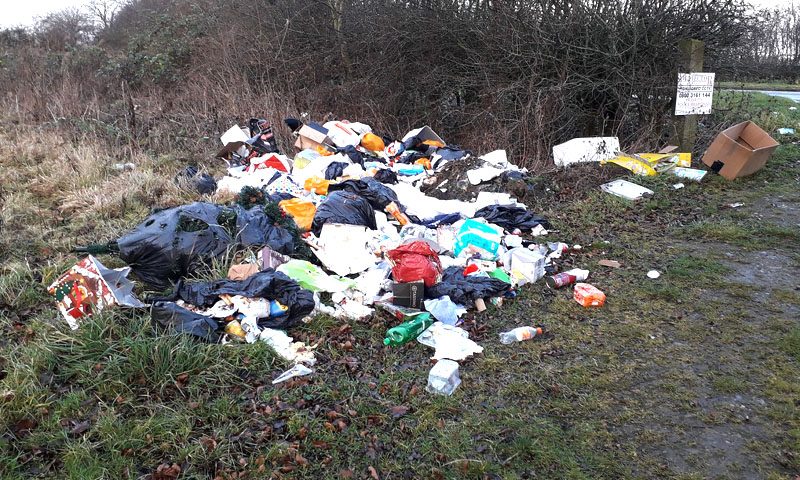 Durham County Council has pledged to go further in the fight against fly-tipping as the number of incidents across County Durham falls for the fourth year running.

According to figures released by DEFRA, the local authority dealt with 6,548 cases in 2019-2020, a ten per cent reduction in the number of incidents compared to the previous year.

Despite challenges created by the coronavirus pandemic, the council has continued to invest in frontline services to help tackle the issue. In February 2020, it invested £500,000 in recruiting 11 new neighbourhood wardens, with some of those officers dedicated to tackling fly-tipping alone.

This investment has resulted in an increased number of vehicles being seized, more fixed penalty notices (FPNs) being issued and more prosecutions going to court.

The council’s Operation Stop It campaign, which aims to reduce fly-tipping through education and enforcement, is also helping to improve local communities.

Money generated from the sales of vehicles that have been used to illegally dump waste is being reinvested in areas affected by the issue, to fund environmental projects.

In addition, efforts continue to be made by the council to reduce littering from vehicles, which has become an issue during the pandemic with more takeaways being available.

Anyone who receives a FPN for littering from vehicles is now being offered a reduced fee in exchange for taking part in an e-learning course which helps to educate around the impact of littering on the environment.

Further steps will also be taken by the council this summer when it trials LitterCam. The innovative technology allows the automatic screening of some CCTV footage, identifying when litter is thrown from vehicles, and enabling action to be taken.

Ian Hoult, Durham County Council’s neighbourhood protection manager, said: “There really is no excuse for people not to dispose of their waste properly and this is an issue that we must all address.

“We need residents, trades people and businesses to support us in this as we will take action against those who do decide to dump their waste illegally.

“Durham is a beautiful place to live, work and visit and our communities should not be blighted by fly-tipping. Residents can take their unwanted items to one of our Household Waste Recycling Centres or book a bulky waste collection from ourselves.

“By continuing our fight against this issue, we hope to educate residents to the impact that fly-tipping has on communities and the environment, in order to reduce our rates even further.”

Cllr Brian Stephens, Cabinet member for neighbourhoods and local partnerships, said: “We understand that fly-tipping remains a concern for local communities, but we want to reassure residents that this issue remains a priority for us. We are determined that with the help and support of the public, we will be able to go further in eradicating the problem from County Durham.”

For more information about work to tackle fly-tipping, or to report any concerns around the issue, residents can visit durham.gov.uk/flytipping.