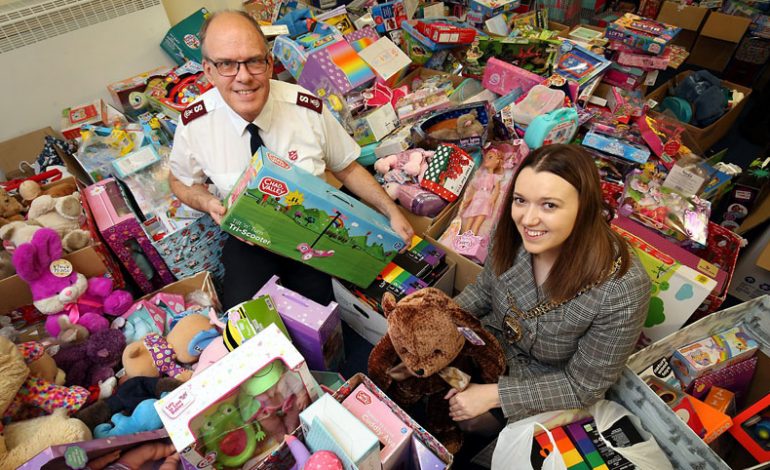 Councillors and staff donated new, unwrapped toys and gifts for children and young people who might not otherwise have received a Christmas present, as part of the annual Salvation Army toy appeal.

Toys and gifts were collected at the council’s County Hall headquarters throughout December and were presented by chairman of the council, Cllr Katie Corrigan to the Salvation Army, whose volunteers distributed the presents to deprived youngsters in the region.

Cllr Corrigan said: “Donating to the Salvation Army toy appeal has become an annual tradition for the council. 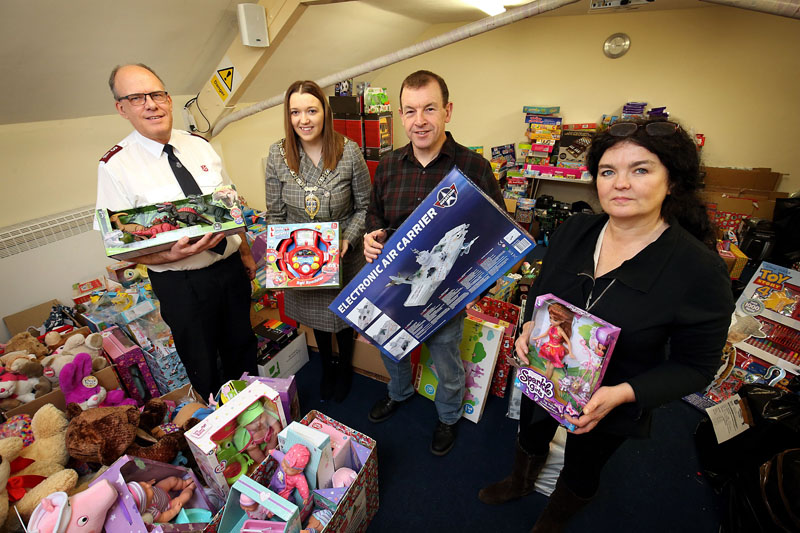 “Our generous staff and elected members bought hundreds of extra toys for children and gifts for teenagers when they completed their Christmas shopping this year.

“I visited the Salvation Army at their Consett headquarters to help sort the presents for distribution; it was fantastic to see how many toys were received and to think of the joy they brought to struggling families.”

Joe Toner, toy appeal coordinator with the Salvation Army, said: “I would like to thank all the staff and county councillors who donated toys this year.

“We helped over 500 children to have a happy Christmas and wake up to find presents under their tree. 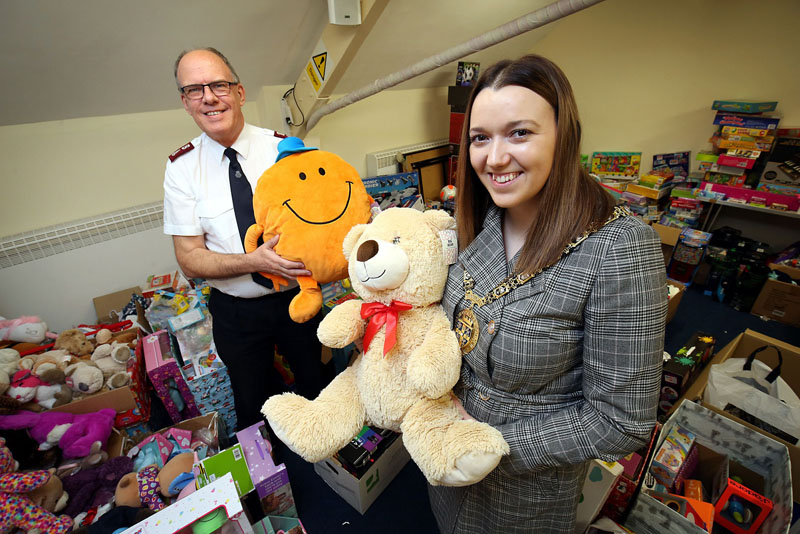 “We greatly appreciate the help of individuals and organisations, such as Durham County Council, to provide these much-needed gifts.”

Staff and elected members also continued another festive tradition by dressing up for the council’s own Christmas Jumper Day.

As they do every year, council workers swapped their suits for their best festive gear in support of the chairman’s official charity.

The chairman chooses a different charity to support each year and a total of almost £1,000 was raised for Age UK County Durham from December’s jumper day.