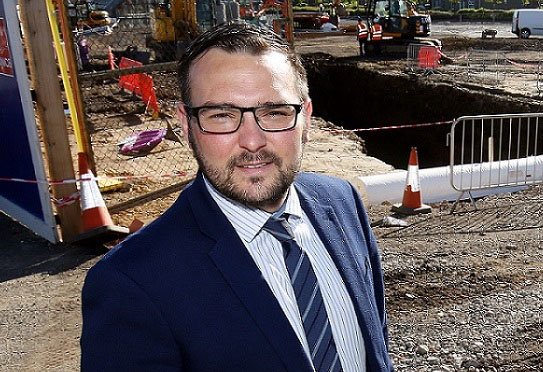 The Government’s decision to slash northern transport funding by more than half will deprive the region of vital investment at a critical time, as well as undermining promises to close the North/South divide.

This is the view of Cllr Carl Marshall, Durham County Council’s Cabinet member for economic regeneration and North East board member for Transport for the North (TfN), the region’s statutory transport body.

In November, the Department for Transport confirmed TfN was in line for a budget of £158m, which would be used to develop contactless payment systems on the region’s rail, bus and tram networks, along with rail improvements.

However, this month, TfN received notification that its settlement would be reduced to only £70 million. Although not yet agreed, this would include cutting TfN’s core funding from £10 million to £6 million and withdrawing funding for Smart ticketing.

Cllr Marshall and other members of the TfN board have expressed their great disappointment at the decision. They argue that a history of significant under investment in transport in the region is one of the key reasons for the longstanding economic gap between the North and South. The cuts, therefore, undermine the Government’s pledge to close this gap through its levelling-up agenda.

Previous forecasts have shown that if the gap is not closed by 2050, the North’s economy would be £97 billion worse off than it would have been if levelling-up had taken place.

It is also believed the reduction in funding will impact on the region’s recovery from the coronavirus pandemic, as good transport links are vital for attracting investment and creating and safeguarding jobs.

Cllr Marshall said: “TfN was established to provide a co-ordinated voice to communicate the region’s transport priorities to Government and to allow key decisions to be made locally. Withdrawing funding at this stage will hamper our ability to fulfil this role and everything we are trying to achieve for the North.

“It also goes against the Government’s own promises to level up the country’s economy to ensure all citizens, no matter where they live, can benefit from the same services and opportunities. London has an Oyster card: why doesn’t the North deserve the same investment?

“Our economy is suffering from the impact of the coronavirus pandemic and, in some parts of County Durham, up to 16 per cent of young people are claiming unemployment benefits. The North East is also forecast to be more adversely affected by Brexit than the South, with a potential 11 per cent shrinkage of the economy and up to 18,000 jobs lost.

“We are working hard to attract investment into the area to grow our economy despite the hurdles we face. The fact this funding has been withdrawn at such a critical moment is unfathomable and I, along with the other members of the TfN board, will be lobbying the Government to honour its pledge and provide our region with the support it deserves.”