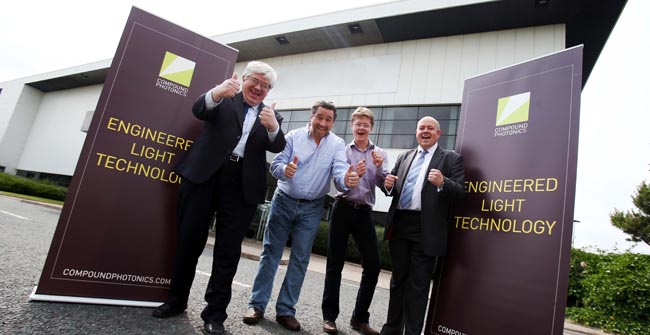 The US firm which bought the troubled former Fujitsu and RFMD plant last year wants to double its workforce.

Compound Photonics, which acquired the 50,000 sq ft facility on Aycliffe Business Park in July 2013 (pictured above) and employs 107 people, wants to take on 100 skilled staff to support growth into new markets.

The move comes as the firm, which employs 107 workers and is making Newton Aycliffe its global headquarters, looks to build on a successful first year in the region.

The Compound Photonics factory was built by Fujitsu, but the Japanese electronics company closed it in 1998, axing about 600 jobs.

But in March 2013 RFMD announced it was closing the facility, and in July last year Compound Photonics announced it had purchased the plant.