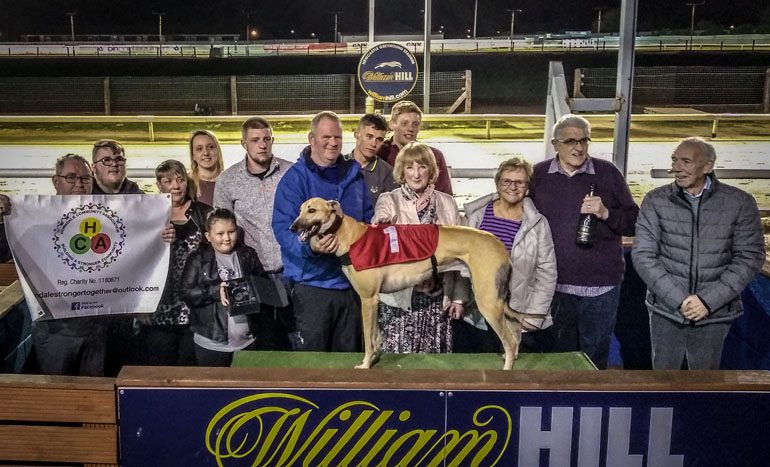 Horndale Community Association enjoyed a night at the dogs thanks to GAMP cash.

The local group enjoyed a night at Newcastle Greyhound Track thanks to funding from Great Aycliffe and Middridge Partnership.

Horndale secured £7,760 from the older generation fund – one of GAMP’s three priorities set by the general public, which says where the money allocated to Area Action Partnerships is spent.

This funding has secured trips until mid-2020 for the older generation, each trip generates an income which is used to fund other trips and events.

Association chair Philip Clark said: “On average for every £1 in funding secured we generate approximately 40p, which means on average two trips can subsidise another trip, so we think this a great use of public money.

“Everyone enjoyed the evening at the dogs, even if they didn’t win. But the real winner is the community spirit our trips and events bring to so many.”

Philip added: “Every year the Partnerships carry out consultations which ask what the following year’s priorities should be, so it is important as many local residents join in the survey. Watch out for your consultation later this year.

“I would like to take this opportunity to remind everyone that all Resident and Community groups are ran by unpaid volunteers, who put in many hours and take nothing out except the satisfaction of seeing people enjoying themselves or living in a better community.

“Newton Aycliffe has many groups all working for the benefit of others, I would guess no other town our size has so many groups, and last weekend’s Community Spirit craft fair is a great example of this.”