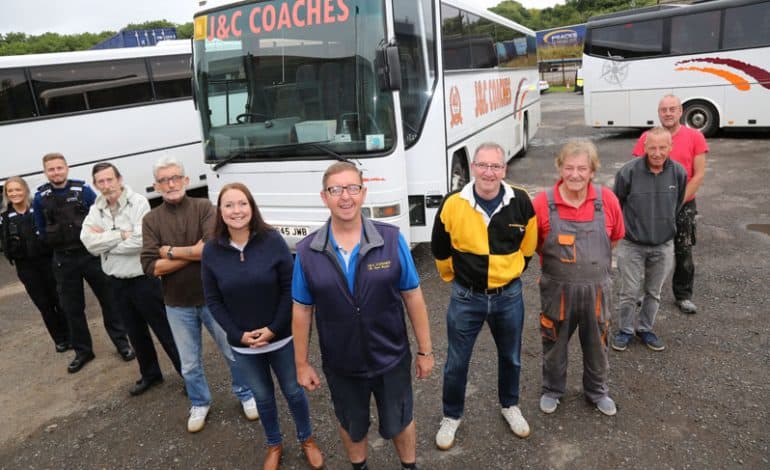 Volunteers are helping to transform a commercial vehicle into a mobile community coach as part of radical plans to help occupy local youngsters in Newton Aycliffe.

Nev Jones, owner of Aycliffe firm J&C Coaches, has donated a huge 70-seater vehicle to create what could eventually evolve into a mobile youth club.

Nev has used the 20-year-old Plaxton coach for commercial use since he purchased it for £25,000 six years ago.

But after the vehicle came to the end of its commercial life, he has decided to make better use of it than scrapping it – donating it for free towards the plan.

A team of volunteers have already helped to strip the coach of its seats.

And while exact plans for inside the coach are yet to be finalised, initial ideas are that a small café could be installed, with sofas donated by members of the public and on-board computer games.

Lib Dem councillor Nev explained: “The coach has been a fantastic servant to my business and has run many people from the area on schools runs, to concerts and events all over the country. 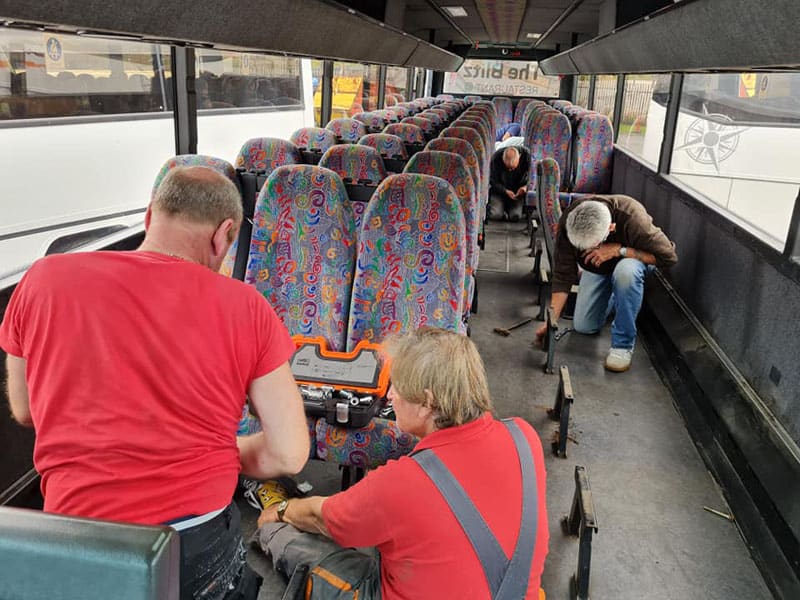 “But she has come to the end of her commercial life, so rather than just scrapping her, I thought we could extend her life and put her to fantastic use.

“There doesn’t seem to be an awful lot for young people to do these days and, as with all areas, Aycliffe has some anti-social problems, particularly with youngsters who have nothing better to do.

“We want to take the coach to some of the problem areas and it will hopefully inspire some of these young people to get on board.”

The plans have been backed by the local MP Paul Howell and the Aycliffe Neighbourhood Police Team.

Mr Howell said: “Whatever we can do to discourage anti-social behaviour and encourage local children to get involved with the community in a positive way can only be applauded, so I think this is a fantastic idea.

“We know there are local community organisations and centres that run programmes, but I’m sure this community coach can complement that work – and it’s fantastic when local businesses step up to support their local community.

“If any other businesses are interested in sponsoring some of the running costs they can get in touch with Nev or I.

“It would be amazing if this coach could be an advertisement for some of the incredible businesses we have while it delivers to the community.”