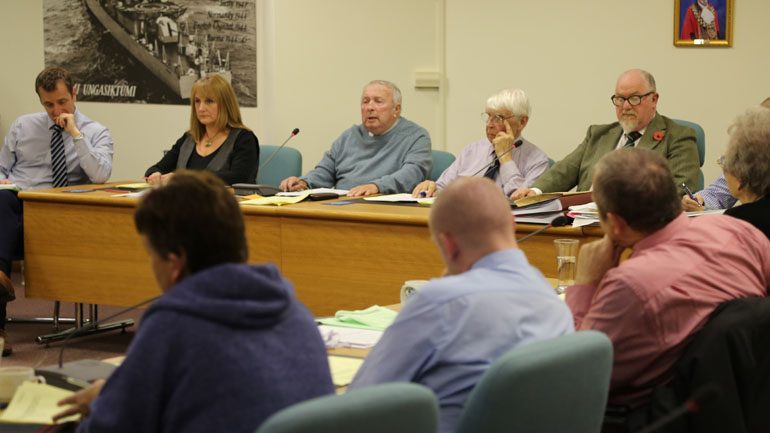 The Great Aycliffe Town Council leader – his voice at times nervously quivering as he tried to address an angry public gallery – seemed more concerned in having a pop at me and Aycliffe Today than he did addressing the concerns of the public, the people he actually serves.

Rather than focusing on the positive fact that Aycliffe Today had stirred up a healthy debate – indeed, the council’s ill-informed statement on Wednesday morning even said the furore had “really brought home to the Council just how valued the Santa Tours event is by the local community” – Fleming instead accused us of “misleading the public” and “misinterpreting” the events sub-committee’s proposal to scrap the Christmas Eve tours.

I happen to think the general public are intelligent enough to make up their own minds. They, like me, saw the proposal, which is why they were so angry that the events sub-committee proposed to SCRAP Santa’s Tours.

It quite clearly states in a council report – which officers and councillors had hoped would slip under the public radar – that the Santa Tours, in their current format, be replaced with vehicles stopping in strategic locations for the public to visit Santa.

This is NOT the same. Santa would NOT tour the streets as he has for 50 years. Therefore, we categorically did NOT mislead the general public or misinterpret anything.

This clearly came to the fore during Wednesday night’s meeting. And when members of the public asked the committee chairman Jed Hillary and council leader Fleming to clarify exactly what they meant by the use of their words, they proceeded to contradict each other, and offered FOUR different options for how Santa’s Tours would happen.

With council officers squirming in their seats, the two council leaders had managed to embarrassingly tie one another into knots during a series of comments which left everyone scratching their heads.

But instead of listening respectfully to the public and their concerns, El Fleming and his cronies – namely Bill Blenkinsopp, Jim Atkinson and even, at times, the mild-mannered Sarah Iveson – sneered at the public gallery and told them to “shut up”. 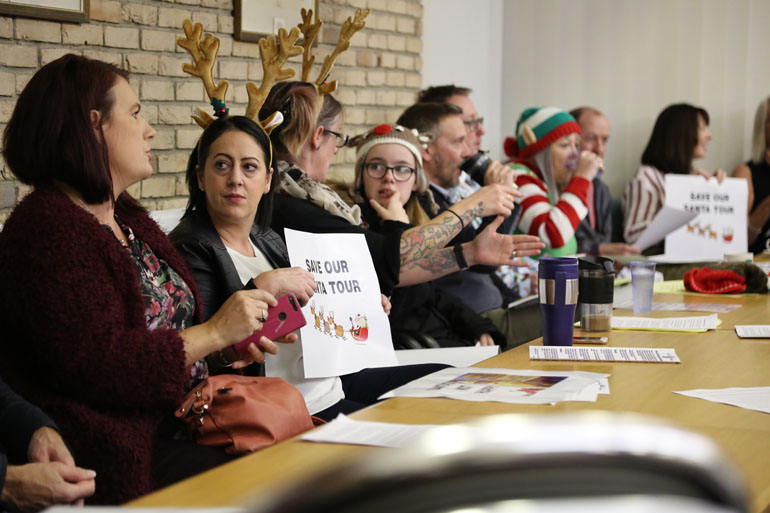 These councillors, and this authority’s out-of-touch council officers, need a serious dose of reality – and they need to be reminded that they serve the general public they were dictating to.

Instead of being happy that around 30 people turned out for this – some were even turned away as there wasn’t enough room at the Inn – they talked down their noses to them and treated them with utter contempt.

The statement read out by Cllr Fleming was nothing more than a disgraceful attempt to shift the blame for this catastrophic, self-inflicted national PR disaster.

“Despite a local media report (earlier that day) we did not back-track,” raged councillor Fleming – another pop at Aycliffe Today.

Actually, following the meeting, that’s probably the one thing I would agree with him on. The council certainly hasn’t back-tracked at all, they issued a sneaky press release to try nip in the bud the public outcry and media attention.

They tried to pull the wool over the eyes of the general public. And they’ve tried to, somewhat cynically, leave it so late in the hope it will be too late to find a solution before December 24. 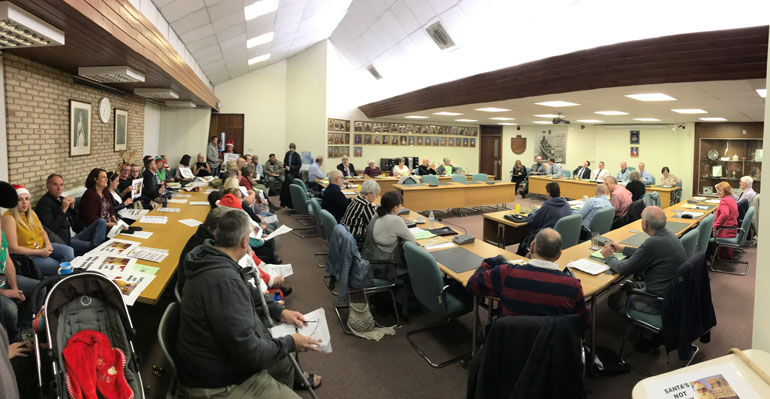 Thankfully, councillors Arun Chandran and John Clare saw through it, and made sure councillors voted in the meeting to amend the proposal, so that the events sub-committee meets again in the coming days, ahead of the full council meeting on October 31.

The events sub-committee chairman, Malcolm Iveson, did at least grasp the public’s perception of this situation and agreed it should have been handled better.

I hope he and his fellow committee members take Chief Constable Mike Barton’s statement with them when they do meet.

“Christmas is not a time for “elf” and safety red tape,” the Durham police chief has said in a statement. “We just need to apply a bit of discretion and a dose of common sense.

“It would be a great pity if a one-off festive tradition and the fun was diminished through a narrow and misguided interpretation of traffic law.”

Now that’s what I’d call grasping the PR nettle, and hitting the nail on the head.