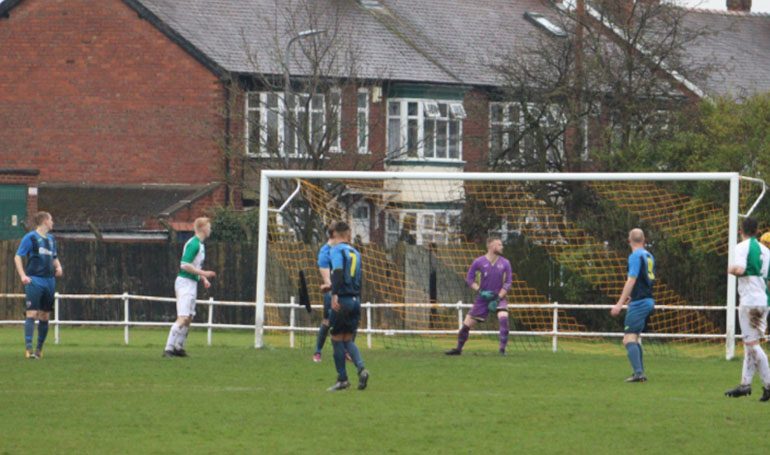 Newton Aycliffe travelled to bottom side Billingham Synthonia and came away with a comfortable victory.

Thibault Charmey scored all four goals for the Newtonians. They should have scored more, but wasted several good chances.

They went ahead on 15 minutes when Sean Tarling surged through the midfield and played in Charmey, who beat home keeper Dawson to the ball and slotted it into the corner of the net.

They continued to press and Jordan Jewson and Marc Costello missed chances. However, the Synners equalised on 27 minutes. A free kick was headed out only as far as Jackson on the edge of the box, who lashed it into the net, giving Aycliffe keeper James Winter no chance.

Aycliffe got themselves back in front a minute later when Charmey despatched a penalty with ease. On 40 minutes it became 3-1; Charmey broke down the left, cut inside the last defender and lifted the ball over Dawson into the far corner.

Eight minutes into the second half, Aycliffe went further ahead when Craig Hutchinson won a free kick 20 yards out. Man-of-the-match Charmey stepped up and blasted it past the wall into the net for his and Aycliffe’s fourth.

They had chances to score more; substitute Jamie Davis and Hutchinson were combining well down the right, with Hutchinson hitting the post after a good move.

Jordan Jewson then broke clear and got his shot away, but Dawson made a good save.

Recent signing Mark Wood came on for the last 10 minutes to help Aycliffe see the game out and take three valuable points.