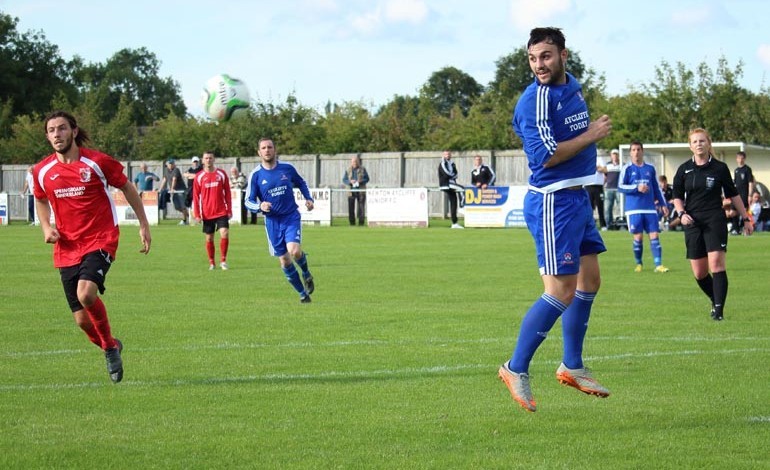 A last-minute equaliser by Brian Close rescued a point for Newton Aycliffe in what was only their third home league game this season on Saturday.

As has too often been the case this season Aycliffe took a while to get into their stride but RCA started well.

The visitors took the lead after 15 minutes when confusion in the Aycliffe defence was punished by Wayne Buchanan who poked the ball over the line from inside the six-yard box.

The home side had little to show for their first half effort but came close to an equaliser just before half time when a Jordan Laidler free kick was tipped round the post by the RCA keeper.

Aycliffe made a greater impression in the second half and with 53 minutes gone Matty Moffat found himself through only to be brought down by the advancing keeper, outside the box. To the surprise of many onlookers the referee only waved a yellow card at the RCA man and the resulting free-kick came to nothing.

As time ran out Aycliffe pressed harder and thought their luck was out when sub Alan Harrison mis-kicked a shot from a good position.

However, all was not lost and in the last minute the ever-reliable Brian Close saved the day with a headed goal from a cross to the back post.

This was another valuable point for Aycliffe but everyone’s attention now turns to the FA Cup Second Qualifying Round game at home to North Ferriby.

The game takes place at Moore Lane Park on Saturday 26th September with a 3pm kick off. Admission is £8 adults, £5 concessions.