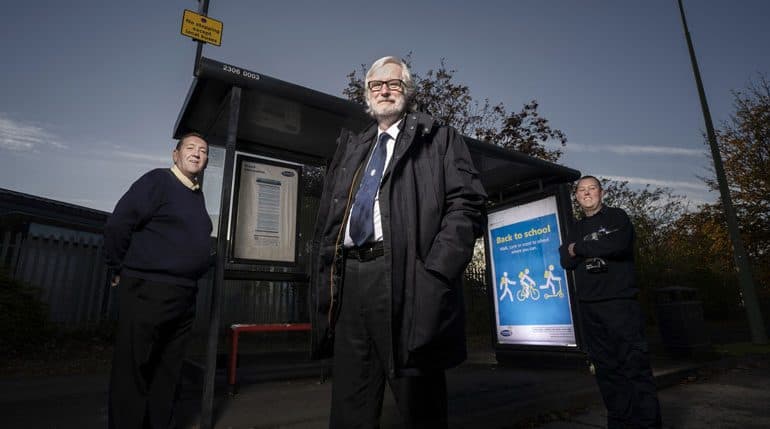 Energy efficiency will be at the forefront of future projects thanks to a council’s involvement in an international climate change scheme.

Over the last four years, Durham County Council has represented the UK in the international Renovation for Energy Efficient Buildings Scheme (REBUS), a project which brought together eight countries to exchange ideas on improving the energy efficiency of publicly owned buildings.

The scheme included regular steering groups between the eight countries where each took a turn to demonstrate its knowledge and experience of improving energy efficiency within their area.

It also included several study visits to other countries participating in REBUS to learn about what energy efficiency practices have been adopted across Europe.

One of these visits was to the Minewater Project in Heerlen, the Netherlands, which makes use of the city’s mining past by using former mines as a source of sustainable energy, creating cost savings to produce energy while significantly reducing CO2 production.

Participation in the project, and visits such as these, has influenced several low carbon projects in the council’s Climate Emergency Response Plan (CERP) which outlines measures the council will take to meet its pledge to make County Durham carbon neutral by 2050.

The REBUS project has been led by the Resources Recovery Regional Agency (ARRR) in Tuscany, Italy, and is made up of partners from Germany (Osterholz), Greece (Crete), Hungary (Miskolc), Poland (Krakow), Romania (Braila), Sweden (Malmo) and the UK (Durham).

To mark the end of the project, an online conference with over 100 participants took place on 10 November to summarise the successes of the partnership and reflect on lessons learned, practices adopted, and how the project has influenced each country’s ways of practice when it comes to energy efficiency.

Durham County Council discussed its work on renewable heat and its potential benefit to communities in a presentation led by its Climate Change Champion Cllr John Clare.

Cllr Clare said: “It has been extremely profitable to have had the opportunity to take part in such a high-level European project dedicated to sharing best practices in improving the energy efficiency of our buildings, and ultimately reducing carbon and tackling climate change.

“It has also been a pleasure to share our own good practice and experience, which we know has been much appreciated.

“And, meanwhile, what we have learned through our involvement in REBUS has influenced our own projects and will be carried on as we follow through with the pledges in our Climate Emergency Response Plan and work towards a carbon neutral county.”

More information about the REBUS project can be found at durham.gov.uk/rebus.

A copy of the council’s Climate Emergency Response Plan can be found online at durham.gov.uk/climatechange.