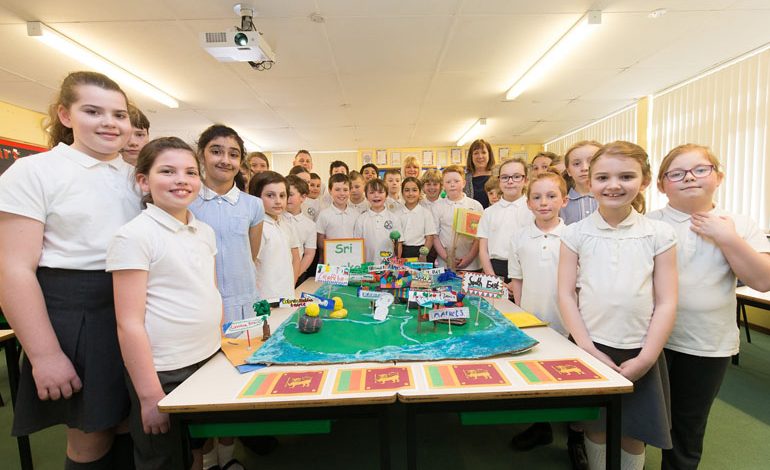 Young explorers in County Durham are finding out about other countries as part of events to celebrate the UK’s hosting of a major international summit.

Pupils at 29 primary schools around the county are learning about different Commonwealth countries and their relationship with the UK.

The Durham County Council initiative has been organised to coincide with the Commonwealth Heads of Government Meeting, which has been taking place in London.

Pupils at Shincliffe C of E Primary School are among those who are taking part, with Year 5 pupils learning about life in Sri Lanka.

The children have been researching religion, temples, exotic fruits and rare birds and have created a ‘messy’ map of the country.

They have also put together a special box of items relating to Sri Lanka and decorated it with flags and a papier-mâché sculpture.

Members of the school’s VIP committee were then invited to make a presentation on what they had learned in front of Dame Dela Smith DBE, Deputy Lieutenant for County Durham, when she visited the school.

Brian Stobie, Durham County Council international officer, said: “We’ve been working with more than 50 schools around the region, helping pupils learn about countries around the world that may be very different to ours but which are also members of the Commonwealth.

“London’s hosting of the Commonwealth Heads of Government Meeting offered us the perfect opportunity to promote the values of the commonwealth and help children to better understand it.”

All of the children who have taken part in the project will come together at Durham Cathedral on Wednesday, 25 April for a service of thanksgiving led by the Bishop of Durham.

Along with pupils from primary schools in Stockton, Darlington and Hartlepool, who have also been taking part in the initiative, they will make their way to the cathedral in a colourful parade accompanied by musicians and standard bearers carrying the flags of the 53 member states of the Commonwealth.