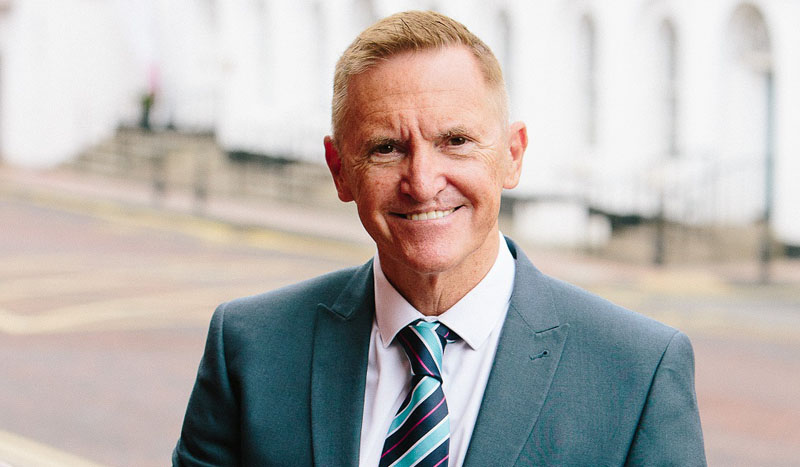 Terry Collins, chief executive of Durham County Council, has announced his intention to retire after a successful 43-year career in local government.

Mr Collins joined the council in February 2009 as corporate director for neighbourhoods, two months before the new unitary authority became operational. He has been chief executive for the past five years.

Mr Collins has been responsible for a number of achievements as chief executive, including developing the council’s culture-led regeneration programme into one of the most extensive and ambitious in the country; in turn increasing its national reputation as a great place to invest and visit, increasing visitors to the county and boosting job creation and the economy.

This has included Lumiere, the UK’s largest light festival, which attracted its one millionth visitor in November 2019.

He has provided robust financial management during years of austerity to ensure that the council can continue to provide strong frontline services and has been instrumental in the development and delivery of a countywide investment programme that includes the new Integra 61 development and the expansion of NETPark, with more than £3.4bn currently being invested throughout the county.

He also led the team responsible for bringing the Amazon facility to County Durham, which is one of the largest in the country.

More recently he has led the council through its response to the Covid-19 pandemic.

On announcing his retirement Mr Collins said: “It has been an extremely difficult decision to make, especially after 43 years in local government and 11 years at Durham County Council.

“However, I will be leaving the council confident in the knowledge that it is in a strong position going forward despite the constant challenges that we continue to experience.

“Durham is an excellent council, which has a strong reputation regionally and nationally. Despite the challenges we face it is performing well with strong leadership and a clear vision.

“It’s been an amazing journey and I will take away many positive memories with me; from the amazing enthusiasm, skill and dedication of our staff, to the passion and support of our strong communities – never more illustrated than now due to the pandemic.

“I have thoroughly enjoyed working at Durham, it’s been a privilege and the highlight of my career being chief executive. The memories of working at the council will remain with me for the rest of my life.

Cllr Henig said: “On behalf of Cabinet and everyone at Durham County Council, I would like to thank Terry for everything he has achieved during his time at the council. Thanks to his leadership, the council is in a very strong position.

“His constant drive, innovation and ambition for the county has been instrumental in the council’s success, as has his ability to overcome adversity, including years of austerity. As chief executive he has significantly raised the profile of the county nationally and internationally as a great place to live, work, visit, study and invest.”

Cllr Alan Napier, Deputy Leader, said: “I’ve known Terry for many years and will be sad to see him leave. A lot of the council’s success is down to his leadership and passion for the county and I would like to wish him all the best in his retirement.”

Terry, who will turn 60 in November, is expected to retire at the end of the calendar year.

The council will now begin the process to recruit a new Chief Executive.

Durham County Council is the largest council in the North-East and the seventh largest in the country.