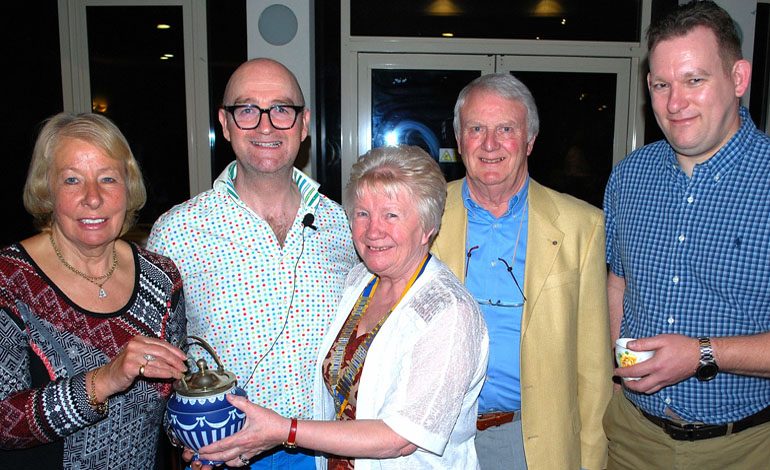 Celebrity antiques dealer David Harper found himself answering questions ranging from the difference between Chinese and Japanese ceramics, mahogany furniture, a painting of kittens, a Rington’s tea caddy masquerading as a piece of Wedgwood and the burgeoning popularity of automata when he appeared at a weekend charity dinner organised by the Rotary Club of Newton Aycliffe.

It was the television personality’s second visit to the club in 12 months and he again shared anecdotes about his life in the antiques trade as well as valuing items brought to the event at Woodham Golf Club by Rotarians and their friends.

Proceeds from the evening will be used to support the work of the Leprosy Mission and other Rotary charities.