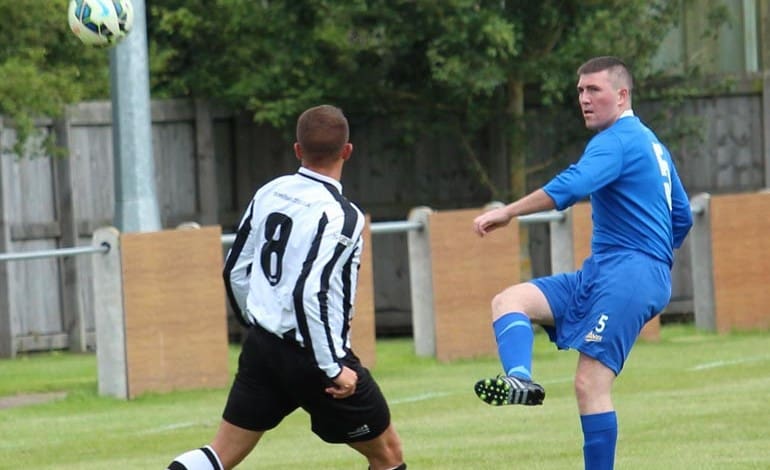 Newton Aycliffe begin the new Northern League Division One season this Saturday with a home game against champions Marske United.

Marske won the Ebac Northern League last season, so facing the champions on the first day of the season will be a tough test for Peter Dixon’s team.

The Aycliffe players have been worked hard in training by Dixon, his assistant Paul Foster and coach Gus Di Lella, and will be hoping that the hard work translates into results on the pitch when the season proper gets under way.

The pre-season fixtures have seen a mixed bag of results with a variety of line-ups being tried out.

Aycliffe had wins against Crook, Northallerton and Darlington RA, a draw against Whickham, but suffered a loss to South Shields.

Shields had also beaten FA Vase winners in pre season and look to be putting a strong squad together now they’re back home at their old ground.

The Marske game promises to be an exciting start to the season.

As well as the on-pitch action, the club will be welcoming the town’s Mayor, Councillor Mary Dalton, to Moore Lane.

She be there to greet league chairman Mike Amos who is taking part in a sponsored walk to the ground.

Mike’s “Last Legs Challenge” will see him walk to each of the Northern League’s 44 grounds during the season. The money raised by the end of the season will be split between the Sir Bobby Robson Foundation & good causes nominated by the league clubs.

Newton Aycliffe FC are hoping that as many people as possible come along to the first match of the season to support both the team and the Last Legs Challenge.

Admission is £6 adults, £4 concessions with accompanied under 12’s FREE.

Season tickets are also on sale for £100/£60 with the added bonus of holders being included in a monthly £20 prize draw. Ticket application forms can be downloaded from the club website newtonaycliffefc.co.uk