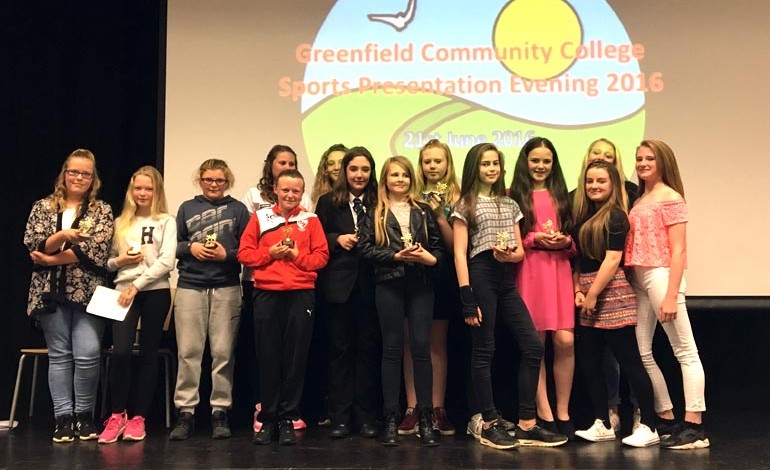 This year has seen Greenfield embark on an exciting journey where PE has continued to grow across two campuses.

The level of PE and school sport has been to an extremely high level with achievements on an individual and team basis, both on the Aycliffe and Sunnydale Campuses.

All pupils who attended received a certificate to celebrate their achievement in the many extra-curricular clubs that Greenfield offers throughout the year.

The evening encapsulated a whole year of sporting success at Greenfield which has seen PE and Sport continue to thrive within the school. 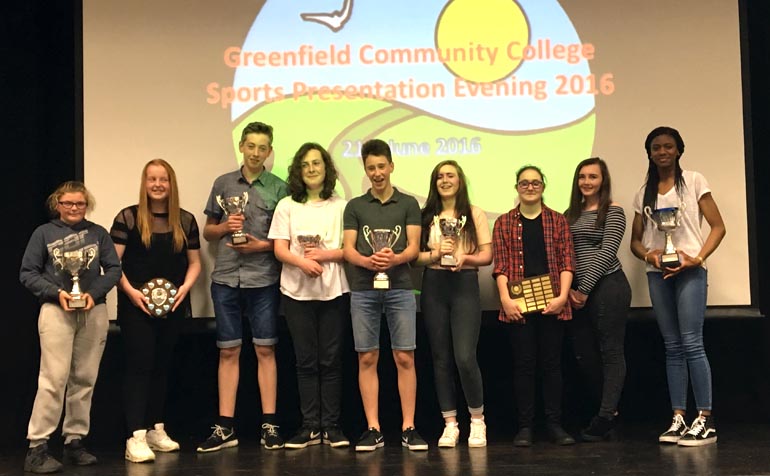 The first half of the ceremony presented opportunity to celebrate winners for personality, commitment, most improved, team of the year, sports leader, outstanding club performance and a dance award for outstanding commitment and performance.

At the midway point of the evening a range of pupils were invited up onto stage for the infamous entertainment round, which was themed around a Question of Sport – a Euro 2016 edition.

The final round saw a pupil from each team lead and act out sporting phrases and actions in the charades round for their team to guess, which, needless to say was extremely popular with the audience.

At the end of the evening the two most prestigious awards were presented for Outstanding Performance in School Sport, with Adam Ord winning the accolade for the second year running for the boys and Christina Shodunke for the girls.