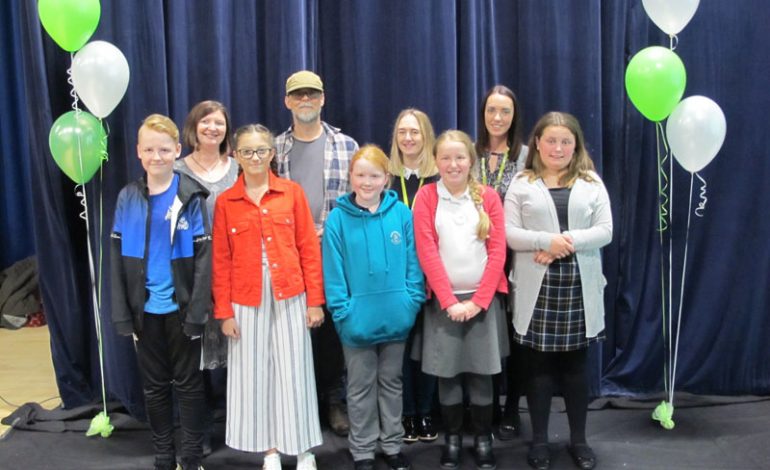 Special events for carers in County Durham helped celebrate their valuable role and explored their experiences during a week-long campaign.

A carer is someone who provides unpaid care and support to a family member or friend who has a disability, illness, mental health problem or who needs extra help as they grow older.

Carers Week is a national campaign to raise awareness of the importance of caring, highlight the challenges faced by carers, as well as to recognise the contribution they make to communities and families. This year’s theme was ‘Getting carers connected in their communities’.

As part of the campaign, Durham County Council’s commissioned services worked on two projects to develop short films with young carers, which premiered this week at Bishop Auckland Town Hall.

The first film, funded by the NHS community grant, explored the impact of the Young Carers’ Neighbourhood Charter. The charter was co-produced by The Bridge Young Carers Service (Family Action) and young carers living in County Durham with the aim of engaging schools, organisations and services, to expand support and services for young carers across County Durham. Durham County Council is accredited with charter status.

The film investigated how healthcare services have engaged with this charter to positively impact lives of young carers.

Also showcased was a separate film, carried out by the Digital Me project with Digital Voice, which revealed the lives and experiences of young carers, as well as recognising the things that help them fulfil their role.

Scripts, written by young carers, were recorded with a voice over, using an avatar to speak with their voice to send powerful messages of what it’s like to be a young carer to peers, service providers and the public, while remaining completely anonymous.

Durham County Carers Support, commissioned by Durham County Council, has been holding events around the county, including information events for the general public and staff awareness days at various organisations and businesses. Social events, organised specially for carers, offered a safe place to go and have a chat.

Cllr Angela Surtees, Cabinet member for social inclusion at Durham County Council, said: “In County Durham, at the end of March 2018, we had just under 20,000 adult carers and just over 1,000 young carers registered with our carer support services. We know, however, there are carers who may be looking after someone and not recognising themselves as a carer out in the community.

“Carers are invaluable to people’s lives, from help with getting dressed, eating, to looking after siblings. We hope local events taking place go some way in thanking carers for their amazing work, and better informing people about their experiences.”

Fiona Brown, Chair of the North East Branch of the Association of Directors of Adult Social Services (ADASS) and Director in Sunderland said, “Carers play a key role in supporting loved ones, friends, and neighbours, and without their tireless efforts the health and care system across the region would struggle to cope and we want to pay tribute to the fantastic work they do.

“This year we are highlighting the opportunities that technology can offer to support carers, particularly easily accessible mainstream things such as Skype, Alexa, and the various apps which are readily available.”

Cllr Olwyn Gunn, Cabinet member for children and young people’s services, said: “Our young carers play a vital role not just at home, but in our community. Their responsibilities often include helping with practical everyday tasks, to vital jobs such as managing the family budgets and collecting prescriptions. Carers Week gives a great opportunity for these young people to have their voices heard and help educate people.”

Philippa May, community engagement manager for The Bridge Young Carers Service, said: “Young carers take on a lot of extra responsibility that their non-caring peers don’t have. They do this as well as trying to juggle school, college and their own relationships. It is important we support young carers by raising awareness of challenges that they face, to better inform the people around them so that they can access the support they need to be young people first, carers second.”

Information on local support for carers can be found at www.durhamcarers.info