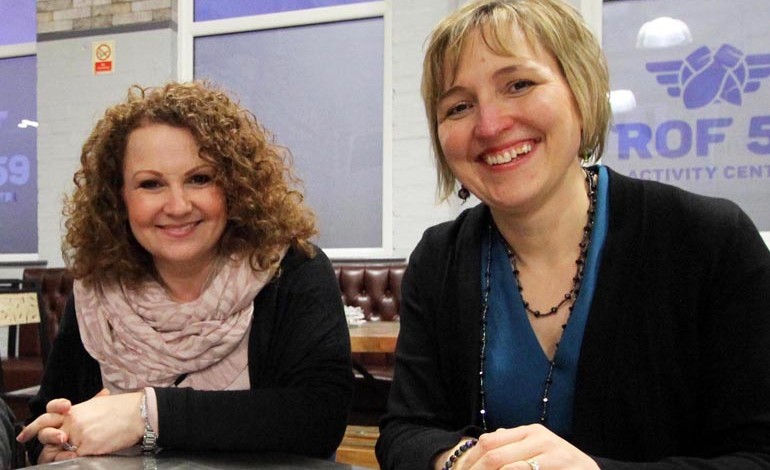 Progress of the Aycliffe Business Park Community (ABPC) has taken an exciting new development with the formation of a strong board of directors.

The new limited company for ABPC has appointed an initial board made up of 11 people from the local business community.

The previous steering group had been an informal set-up since it was launched more than three years ago.

But plans were put in place last year to create an official entity for the organisation, in order to unlock new doors and possibilities for Aycliffe Business Park.

Xcel Centre managing director Kerina Clark (pictured above, left), Thrive Marketing director Rachel Townsend Green, former Ebac managing director Pamela Petty, Lee Harris from Mitchell Gordon accountants, Steve Robson from the South Durham Enterprise Agency and Sarah Slaven from Business Durham (above, right) were first appointed to the board, and they interviewed a number of people who had applied for other non-executive positions from a strong field of expressions of interest put forward by businesses on the park.

The aim has been to appoint a board that is a manageable size whilst ensuring that it can represent the range of sectors based upon the park.

Based on this, five other members have been appointed including Chris Hyde from JDP Contracting, James Goodliffe from Formula Plastics, Emma Little from Gregg Little Testing Centre, Andrew McDonald from Crafter’s Companion and Martin Walker from Mantis Media.

Kerina Clark said: “Now that we’ve got the initial board, we know who’s round the table and I think we have a great starting point.

“The first time the board meets for its full meeting together, we’ll be looking at the priorities for the next 12-24 months.

“We’ve got some real strength around the table. It’s great that we’ve managed to get Business Durham involved as well as Steve from the South Durham Enterprise Agency, who brings a huge amount of experience and contacts.

“It’s a really solid board to get this going.”

Kerina admits there had been limitations for the previous steering group, due to there only being four members, and the fact it was an informal organisation.

She added: “The most noticeable thing about the initial board will be the size and scope of issues it will be able to cover.

“The original steering group was made up of just five people, which was then reduced to four, but now we have almost three times as many people.

“The possibilities are all open now, and everything is up for discussion. The start point will be looking at the objectives for the next 24 months, and what resources do they need, rather than employing someone and seeing what they can do, matching resources to the objectives rather than the other way round.

“There’s been a lot of feedback over the last three years, about issues and opportunities on the park, and as a group there were things we would have liked to do that we couldn’t, because of not being a formal entity, or having the resource available.

“We want to make sure that the issues we look to tackle can be covered by the strengths of the new board, which is why we felt it important to get a good breadth of knowledge and expertise around the table.”

Business Durham – the economic development company for County Durham – played a big part in setting up the original group and also helped to fund news and networking meetings as well as the annual Make Your Mark awards events.

“They’ve supported this from the very start,” added Kerina.

“The steering group have really appreciated their support, as has the wider community.

“They’ve got us on our feet, and we’ve recognised the important role they’ve played to date by including them on the board going forward, so they can continue to play a part.”

Sarah Slaven, Business Development Director at Business Durham, added: “The formation of the board represents a great step forward and I am really excited about working with the new directors to help take the Aycliffe Business Park Community on to the next level in its development.

“If you’re a business on the park that hasn’t yet had the opportunity to engage with ABPC, there couldn’t be a better time to get involved.”

• Businesses can meet the new board of directors at the next news and networking meeting, at the Xcel Centre, from 8.15am on Friday 20th May. You can register to attend at www.aycliffebusinesspark.co.uk