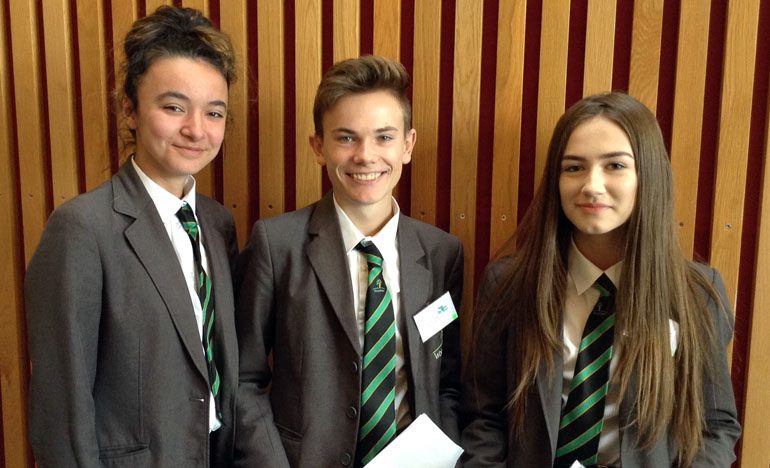 Young entrepreneurs from Woodham Academy entered the ‘dragon’s den’ after designing their own product.

The team of Woodham Academy’s More Able Academy students attended the Big Deal Competition at the University of York.

Year 10 students Emilie Dunn, Joe Richardson and Macy Cane, have worked on their project for three months, designing a product to help overcome the crisis of global flooding.

The team designed a system to build houses on springs made of Nitinol which expands in response to flooding, raising houses out of danger.

The team, named ‘Ark Springs’, took a prototype to the University of York and pitched their idea to a panel of business experts in a Dragon’s Den-style presentation.

“Unfortunately, our team narrowly missed out on making the final three out of 38 teams, and were commended on their performance. Emilie, Joe and Macy should be very proud of their efforts.”