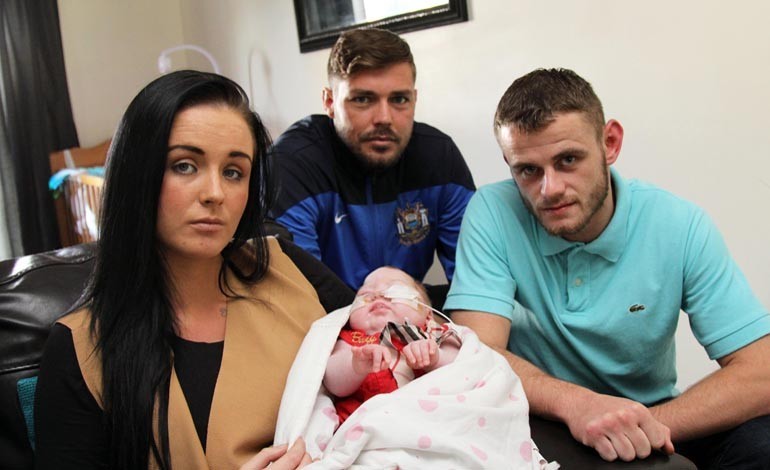 Boxers will get in the ring for charity after being inspired by terminally-ill Aycliffe tot Briannah-Rae.

Tiny Briannah-Rae is yet to open her eyes and doctors say it’s unlikely she ever will after being given weeks to live.

There will be 14 bouts, along with entertainment, a raffle and auction.

“I just wanted to do something to help,” said Daryll, pictured (above, centre) with Rachel and Danny Barnes, one of the participating boxers.

“You see people going through a hard time and I look at other people who are suffering, raising money for charity, and it’s just nice to do your bit.”

There are standard £25 tickets or £30 VIP tickets for the boxing event, including ringside seats and table service, are available from Rainton Meadows Arena or Tandos Tanning Shop in Spennymoor, or by calling 07880 693320. Alternatively go to the Daryll Hall Promotions page on Facebook.

Offers to donate raffle prizes would be gratefully received.