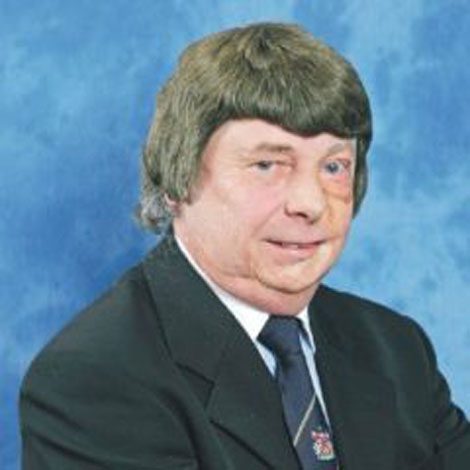 During a heated meeting of Aycliffe Council’s Recreation Committee on Wednesday evening, humbug councillor Bill Blenkinsopp snarled to members of the public “the Santa Tours will change – and if anyone is unhappy they should stand for election”.

The independent councillor for Aycliffe Village – blissfully unaware of the huge swathe of public support around the Christmas Eve tradition – ignored calls from the public gallery to keep the tours as they are.

Despite being told by Durham Constabulary chief constable Mike Barton earlier that day that the tours were perfectly legal, Cllr Blenkinsopp and Labour councillor Jim Atkinson tried arrogantly to dismiss the views of the public during Wednesday night’s angry meeting, which descended into chaos.

Recreation committee chairman Jed Hillary and council leader Bob Fleming managed to confuse each other during a comical, ‘Laurel and Hardy’ type sketch during which they offered four different ideas for the Santa Tours.

But as the public gallery became frustrated with councillors’ lack of clarity on the actual format of the tours, Cllr Blenkinsopp – who sat on the events sub-committee which made the original decision to scrap the tours in their current format – sneered: “While nobody proposed scrapping the tours the format will change.

“And if anyone is unhappy about it then they should stand at the next election. At the end of the day, we have to change.”

Cllr John Clare then pointed out that confusion continued to reign and asked for clarification.

“There is still a considerable degree of uncertainty about what this council intends to do,” said Cllr Clare.

When it was agreed that Durham Police had confirmed the tours could continue exactly as they have for 50 years, Cllr Arun Chandran forwarded a motion to amend the proposal, that the events sub-committee should meet again in the coming days to discuss the matter before the council’s next full meeting on October 31.