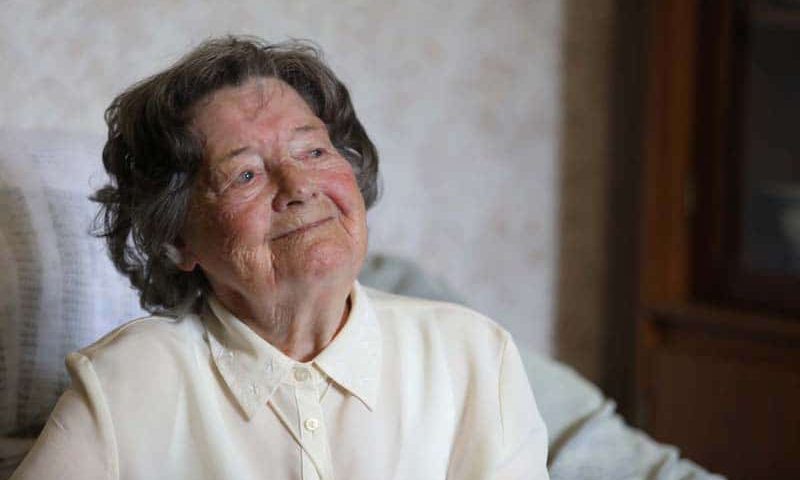 Housing association colleagues met a real-life angel when they helped a customer to celebrate her 100th birthday.

Colleagues from believe housing visited tenant Ann Kay at her home in Langley Moor, near Durham, with a gift ahead of her big day, which was on Monday (July 4).

Ann was the fourth of 13 children born to a Brandon mining family, and she helped look after her brothers and sisters so well that her mother didn’t want her to leave home.

After school she briefly went to work for a couple in London but, because of the Second World War, they left the city and Ann returned to County Durham.

During the war Ann was an Aycliffe Angel, the name given to workers at Royal Ordnance Factory 59 at Aycliffe which produced millions of finished munitions including bullets, shells and mines.

The work was dangerous and secretive, but for Ann it is a source of great pride and meant she could still help at home.

She said: “I’d snatch as much sleep as I could before school came out and the kids came in, then there was no sleeping. I helped however I could, then I’d be back to the factory.”

In her spare time, Ann enjoyed dancing with her friends, and it was on her way home from a dance, at The Three Tuns, in Durham, that she met her future husband, Aaron.

“In those days there was this little train you got from Durham to Brandon, I got off the train and a man got off and followed me, I was walking on the path, and he was walking up the road,” she said.

“I thought ‘oh my god’ then it started to rain, and he said, ‘come over here, it isn’t raining over here’. 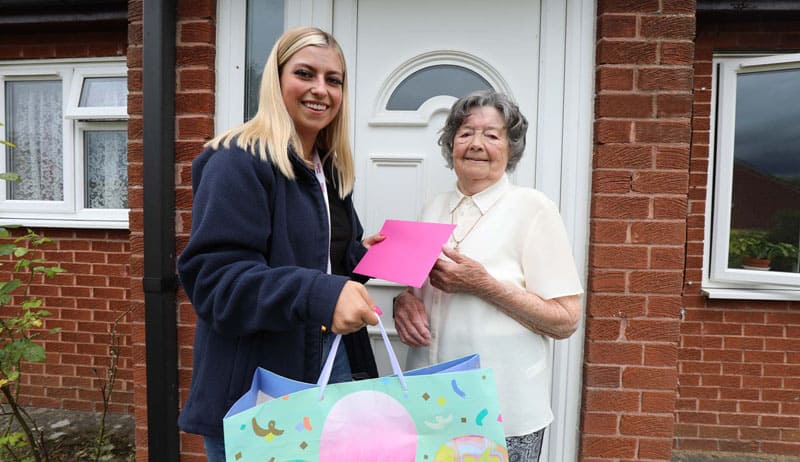 “I lived at the top of Brandon, he lived at the bottom, and he said he’d seen me and had his eye on me. He was a sailor and it turned out he used the munitions I worked on.

“After that I used to tell my mother I was going shopping in Newcastle and meet him when he got off the ship, we got found out when a neighbour and her daughter were in the same café as us.”

The couple later married and were together until Aaron passed away in 2000.

Ann said: “I’ve always liked to be busy, to live as independently as possible, and I have always been a cheerful person. You have to keep active and keep going, sometimes I still put a record on an enjoy a little waltz at home.”

Sophie Lormor, a Neighbourhood Officer for County Durham-based believe housing, said: “She’s just lovely, I loved hearing about her life. It is great to be able to help one of our customers to celebrate such a special birthday.”