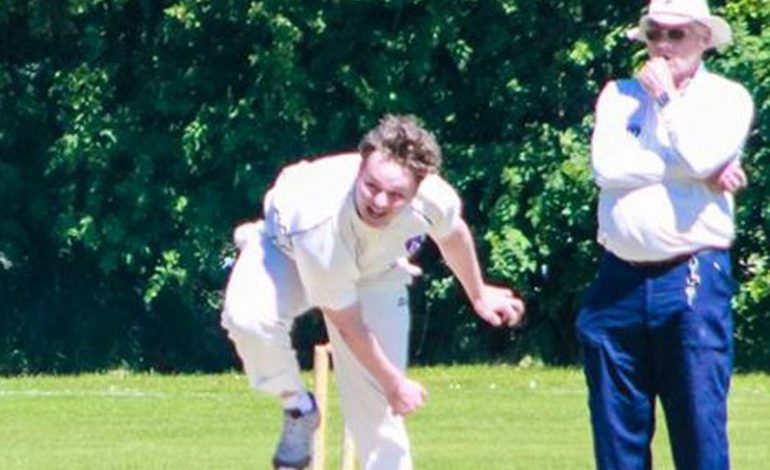 Aycliffe’s first team won their third league game of the season defeating second in the table Hartlepool 2nd XI in a competitive game by four wickets.

The visitors batted first and found Aycliffe’s George Slatcher (pictured, sponsored by Dean and Tina Greaves) in excellent form with the ball taking a seasonal best 4 for 28 from his unbroken 12 over spell. When Aycliffe replied, there some very good performances with the bat with opener Luke Telford (sponsored by Subhan Christudas) leading the way when he top scored with his season’s best score of 43 from 65 balls and he hit six boundaries. Credit must also go to Sam Telford (38 off 36 balls) and a valuable unbeaten 25 off 28 balls from Chris Palmer which helped his side to victory in a tense finale.

The club’s 2nd team had a fixture free week.