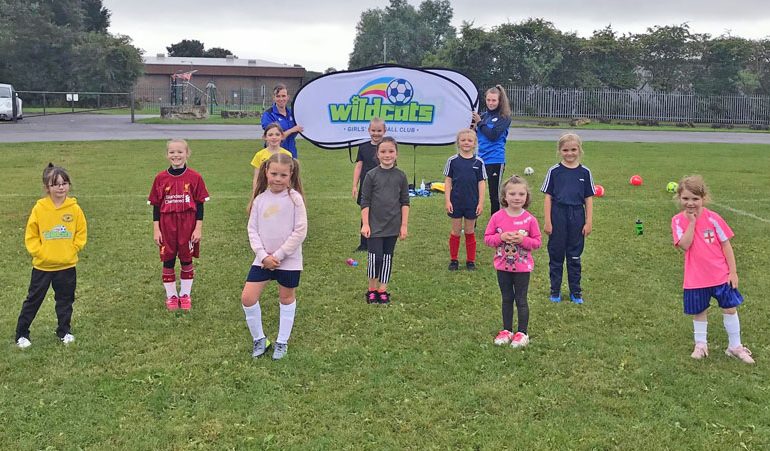 Although the girls had been practicing in their back gardens they were all excited to be back to the open space and pitches of the Oakleaf.

Despite last season’s wildcats sessions being cut short, we still developed a new team to compete in the Russel Foster Youth League at under 7 starting in September.

This team will be one of nine girls teams competing in the leagues this season, all of whom will have the opportunity to move into adults football with our Women’s team as they get older.

The fifth season of Wildcats at the football club will train every Sunday morning, 9.30-10.30am at the Oakleaf playing fields.

The sessions are aimed at any young girls aged 4-10, wanting to try football in a fun and friendly environment.