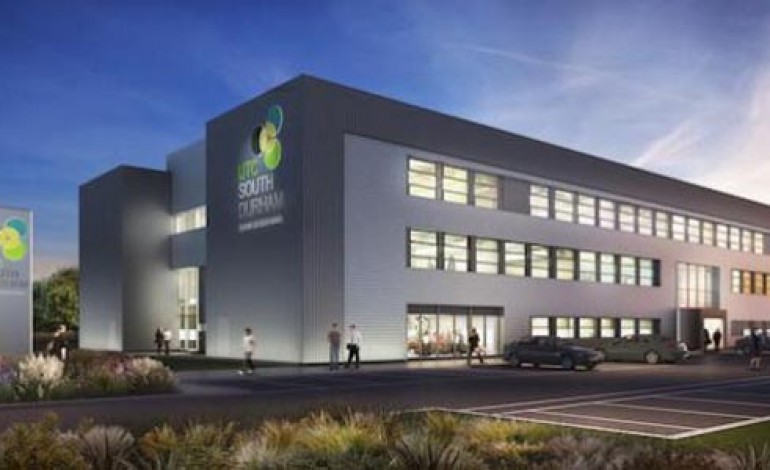 The North East’s first University Technical College which will open in Newton Aycliffe next year says it plans to directly target girls to tackle a national shortage of women in engineering.

The £10m South Durham UTC, which will be built next to Hitachi Rail Europe’s train-building site on Aycliffe Business Park, is due to open in September 2016.

The centre of excellence, which is being led by the University of Sunderland, will specialise in engineering and advanced manufacturing for students aged 14 to 19.

The UK requires 100,000 more professional scientists, engineers and technologists each year between now and 2020, yet there are five people competing for every one job in hairdressing.

Helping to address this is the Women’s Engineering Society (WES), which has named today (23rd June) National Women in Engineering Day.

“The event is an ideal opportunity to let young women know about the excellent, fulfilling career prospects that engineering offers.”

The WES statistics certainly support this view with 83% of engineering graduates in full time work earning on average £769 per week, over 80% of female engineers happy in their jobs and 98% saying that they find their job rewarding.

The purpose of the UTC is to meet the challenge of attracting talented young people into manufacturing and engineering by “giving its students exciting and challenging learning experiences, leading to outstanding progress and preparing them for their future”, Mr Dower had said.

According to a brochure produced by the Royal Academy of Engineering, attracting more girls into Science Technology Engineering and Mathematics (STEM), UTCs will help them to realise their potential, improve potential pay and prospects, develop a bigger and more diverse talent pool for local employers and contribute to economic growth.

Facts in the brochure also state that at less than 10% the percentage of female engineering professionals in the UK is much lower than the 30% in Bulgaria, Cyprus and Latvia.

Mr Dower added: “Too many people think an engineer is the man who comes to fix their washing machine or in greasy overalls holding a spanner. The reality is completely different. Industry needs a wide range of highly skilled young men and women.”

The University of Sunderland has successfully attracted women to study higher level Mechanical Engineering, and as a result has an impressive alumni of graduates with thriving careers in the sector.

Examples include Hayley Blythe now working at Nissan and Julie Liddle who worked on the design of the Landrover Evoque in her role at Launch Engineer at Jaguar Landrover.

Meanwhile student Jennifer Parkins, a University of Sunderland student on a four-year Mechanical Engineering degree, was in the news recently when she became the face of a new advertising campaign at Heathrow Airport.

The Women’s Engineering Society is the oldest women’s engineering organisation in the world and was established to support and inspire women into engineering and technical professions after the First World War in 1919.