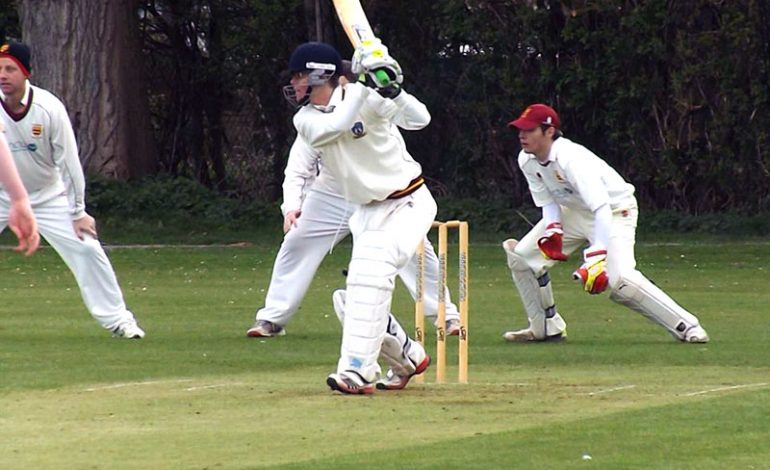 Both of Saturdays senior league games were washed out without a ball being bowled due to heavy rain.

Newton Aycliffe’s first team secured their fourth league win on the bounce with a straight-forward, six-wicket victory at home to Bedale firsts. Opening bowler Jack Slatcher was in unplayable form finishing with the outstanding figures of 6 for 29 from his 13 overs as was his fellow opener Michael Howe (sponsored by Yvonne and Bob Wood) who bowled a miserly 12 overs finishing with the tight figures of one wicket for just 19 runs. When Aycliffe replied, acting captain Sam Telford (sponsored by Utlity Warehouse, pictured in action above and below) was in equally superb form hitting an impressive 57 runs off 44 balls including three boundaries and five big sixes.
Aycliffe move up to fifth in the 2nd division table, their highest position this season so far, with 212 points from 16 games played. 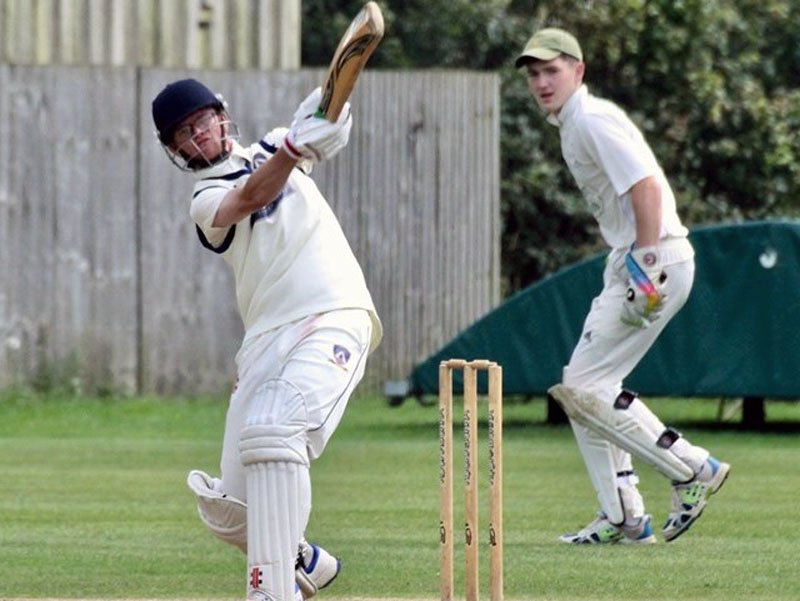