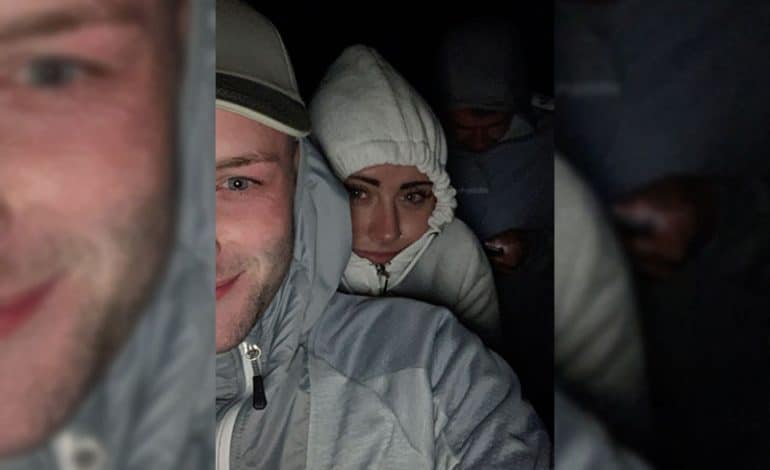 A young mother has praised the police and the Teesdale and Weardale Search and Mountain Rescue Team (TWSMRT) for coming to her aid after a forest walk went wrong.

Jess Tinsley, 24, had gone on a walk in Hamsterley Forest with her partner, Kieran Parkinson and friend Dan Curry, after work at about 7pm on Sunday night (August 11).

The Newton Aycliffe trio had never been to the forest before but decided to follow one of the marked trails.

However, after two hours, Ms Tinsley said the group started to become concerned that they had not come to the end of the trail and they had lost phone signal.

After another hour, the group found a map telling them they were in fact on a 12-mile route but without knowing which section they were on and with the weather turning, they decided to call 101 and ask for help.

Coming to an opening, the group luckily picked up some phone signal and managed to make the call to the police on 101.

A call handler quickly identified the need for the free What3words app, which has divided the world into three metre squares, each with a unique three word code to give people a simple way of referring to a specific location.

Ms Tinsley said she had never heard of the app but was relieved when she was able to give the call handler the words kicked, converged and soccer, and told help was on the way.

The group sat tight as members of TWSMRT were despatched and raced to their exact location deep within the forest.

The team, who are all volunteers, were able to use the What3word codes on their own GPS system.

Both services also used texts and phone calls to reassure the trio and keep them updated.

Ms Tinsley said she had never been so happy to see the mountain rescue team and warm up in their Land Rover, all within 90 minutes of her first making the call to the police.

The home care worker said: “I was so happy. When the call handler first told us to download the app I thought they were crazy but as soon as it was it only took a minute for them to pinpoint our location.

“I will never forget those three words and can’t thank the police and mountain rescue team enough – they could not have been more hands on and helpful. They were absolutely brilliant.”

Pete Bell, of TWSMRT, said: “We were able to check the What3words code against our system and send them a text which, once opened, gives us a reference in our mapping which was bang on.

“We were really happy with the result which was very effective and thankfully everyone was well, albeit a bit cold.

“They were lucky to have had phone signal as it’s normally really bad in the forest.”

Ms Tinslay, who was reunited with her daughter, Emmie, has already recommended the app to friends and family.

He said: “The mountain rescue service are an invaluable service and using the What3words apps has saved crucial time and resources in locating the walkers.

“I would encourage everyone to download the app as you never know when you might need it.”

Find the app in the app store or for more information visit what3words.com