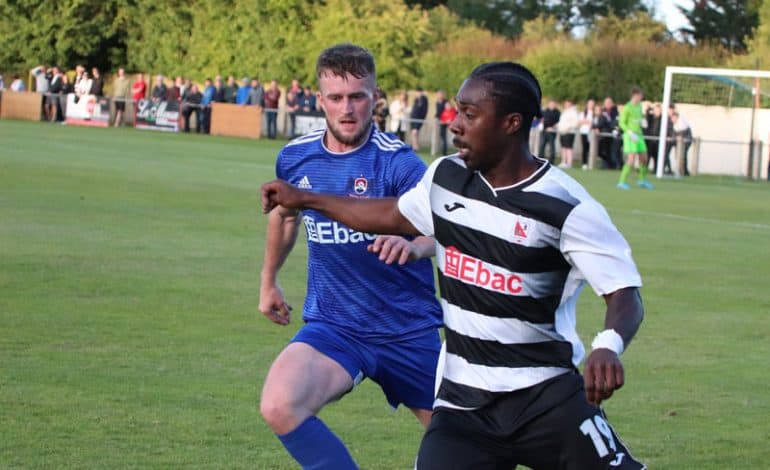 Newton Aycliffe continue their pre-season preparations with a friendly against Sunderland’s development team this weekend.

Aycliffe are due to entertain Sunderland Under-23s this Friday evening (July 15) at the SecuriCorp Stadium, Moore Lane (7.15pm kick-off).

The game will provide another tough test for ex-Sunderland player Brian Atkinson’s team as they prepare for the new Northern League season.

The Newtonians have so far won against Easington, lost to Darlington and drawn to Abbey Hey.

That game will be followed by the visit of Spennymoor on Tuesday, July 19 (7.30pm kick off).

Meanwhile, the FA has announced the draws for the Emirates FA Cup and Isuzu FA Vase.

Aycliffe have been drawn away to Ashington in the Extra Preliminary Round of the Emirates FA Cup.

The game will take place on Saturday, August 6, with the winners away to either Tadcaster Albion or Tow Law.

In the Isuzu FA Vase Aycliffe have been drawn at home to Esh Winning in a tie due to be played on Saturday, August 27. The winners of that tie will travel to either Birtley Town or Ilkley Town.