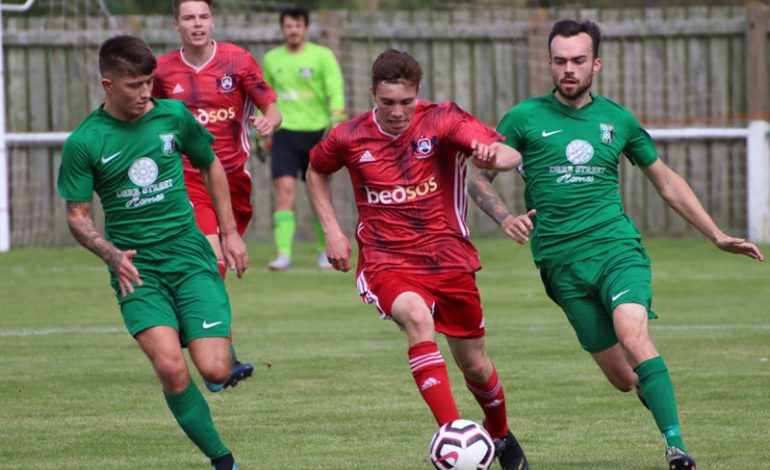 Newton Aycliffe FC is delighted that Spennymoor Town will be the visitors to the Beaumont Landscapes Stadium on Tuesday (August 25, ko 7.30pm) for a pre-season friendly.

This will be the first game at Moore Lane since the FA issued guidance allowing spectators to return.

As per the guidance the number of spectators allowed at the ground will be limited to 150.

The tickets will be available by email only on a first come first served basis. They can be obtained by emailing [email protected]

In the email please state the number of tickets required (max 4) and the names and telephone numbers of those attending. This information is required for track and trace purposes. It will be retained for 21 days and not used for any other purpose.

We request that payment be made in advance by BACS. Details will be provided in our confirmation email.

A goal from Ben Dibb-Fuller gave Aycliffe a 1-1 draw against their fellow Division One opponents.

Saturday saw a trip to Division Two side Easington Colliery – pictured above is new signing Ben Reay in action at the weekend.

Adam Burnicle scored an early goal but the home side equalised after 20 minutes when Adam Pickford was caught out by the strong blustery wind.

The second half saw Aycliffe get into their stride and goals from Andrei Ardelean, Ben Dibb-Fuller & Liam Jarvie gave the visitors a comfortable 4-1 win.

Aycliffe had already arranged a friendly against National League North side Spennymoor Town for August 25.

It had been expected that this game would not have fans present. However, the new ruling meant that spectators would be allowed.

The club made great efforts to make sure the Beaumont Landscapes Stadium complied with the new regulations.

As spectator numbers were limited fans were asked to book their tickets in advance as well as providing contact details for track and trace.

The FA has made the draws for the initial rounds of the Emirates FA Cup and The Buildbase FA Vase. Newton Aycliffe have been drawn away to Guisborough Town in the FA Cup Extra Preliminary Round in a repeat of the 2018/2019 draw. The game is due to be played on September 1. The winners of that tie will host Tadcaster Albion in the Preliminary Round.

In the FA Vase Aycliffe have been drawn at home to Barnoldswick Town in a game that is scheduled for September 19.

Following the govt announcement on spectators at games the Ebac Northern League confirmed that the season will start on September 5. Aycliffe open against Hebburn Town and have five of their first six games at home.

It’s been a long time coming but it finally looks as though competitive football is coming back. We hope to see you all soon at the Beaumont Landscapes Stadium in Moore Lane.