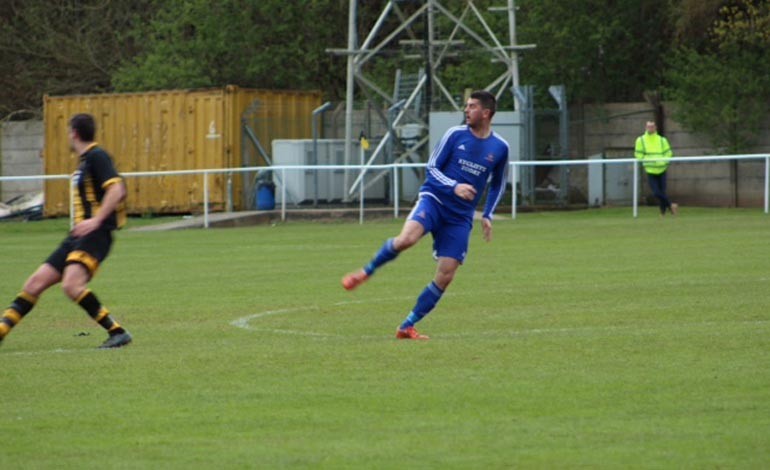 A goal in each half by John Campbell gave Newton Aycliffe their third win of the season against FA Vase finalists Morpeth Town on Saturday.

The Highwayman remain in the running for the Northern League title but this loss put a huge dent in their hopes.

Aycliffe took the lead after just three mins. Campbell dispossessed a defender and found himself one on one against keeper Karl Dryden. The Aycliffe forward slotted the ball home comfortably.

Campbell might have made it two 10 minutes later but this time fired over the crossbar.

Morpeth responded and put pressure on the visitors’ goal as the first half progressed. However, their shooting proved inaccurate and gave few problems to James Winter.

Their hard work was rewarded just before the hour. Knight won the ball and played it to Campbell on the left who saw his first attempt on goal blocked by Dryden. However, he was first to the rebound and was able to place the second shot out of the keeper’s reach.

Morpeth were unable to respond and the win took Aycliffe’s points tally for the season to 60.

Campbell’s brace takes him to 22 goals this season, achieved in just 26 games. Five of his goals have come in the two games against Morpeth this month.

This win was a great boost to Aycliffe after their disappointing 6-2 loss at Guisborough in midweek.

Fans wanting to relive Newton Aycliffe’s historic Durham Challenge cup victory over West Auckland can now do so with a DVD of the Good Friday final.

The excellent production from the team who video North Shields games is now available at a price of just £5. Copies can be obtained at home games or by phoning Yvonne on 07500 866535.