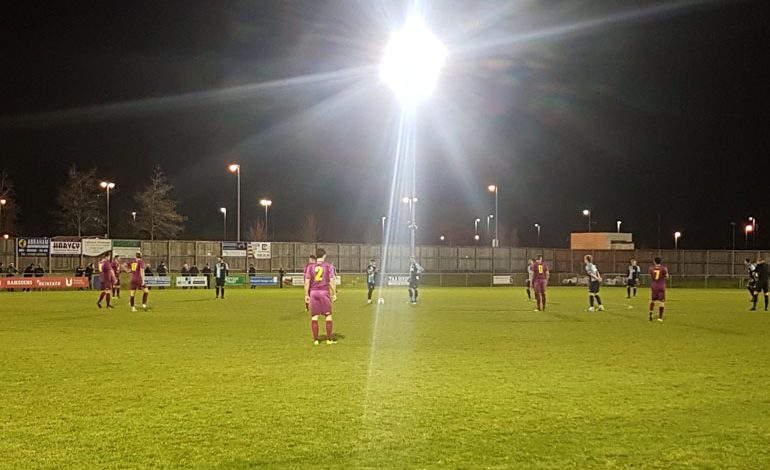 Newton Aycliffe conceded three second-half goals after going ahead in a five-goal derby with Bishop Auckland on Wednesday night.

The Newtonians dominated the first half and went in at the break 2-0 up against their neighbours, who were third in the table at the start of play.

A sending off early in the second half swung the match in Bishop’s favour, and they stole all three points with a winner four minutes from time.

Aycliffe started well and Vinny Gash had a chance on six minutes when he broke free, but could only send his lobbed shot straight into the arms of Liversedge in the home goal.

On 21 minutes, Aycliffe were unlucky not to go ahead when Jermaine Metz hit a low shot past Liversedge, only to see it come back into play off the post.

The pressure told four minutes later when Gash got on the end of a long pass, and slotted a low shot past the advancing Liversedge.

On 35 minutes Aycliffe doubled their lead when Metz dribbled through several tackles before releasing the ball to Gash, who swivelled in the box and scored in the corner of the net.

Aycliffe had a another good chance with a 2-on-2 situation, but Kurt Matthews blasted his shot wide.

Bishops got back into the game two minutes into the second half when Winn managed to head in after a goalmouth scramble.

On 52 minutes the game swung in Bishops favour. With the ball nowhere near, Munro pushed Gash down into an advertising hoarding. Gash got up and retaliated and was sent off. Munro only received a caution, and so Bishops gained a one-man advantage.

Bishops were then able to apply pressure and this told in the 74th minute when there was another scramble in the box, and ironically it was Munro who scored the equaliser.

On 86 minutes, Johnson headed in a free kick, and Bishops took the three points, with Aycliffe left to rue their bad luck.

Aycliffe’s next game is at Seaham Red Star on Saturday, followed by a home game against Dunston on Saturday January 19.