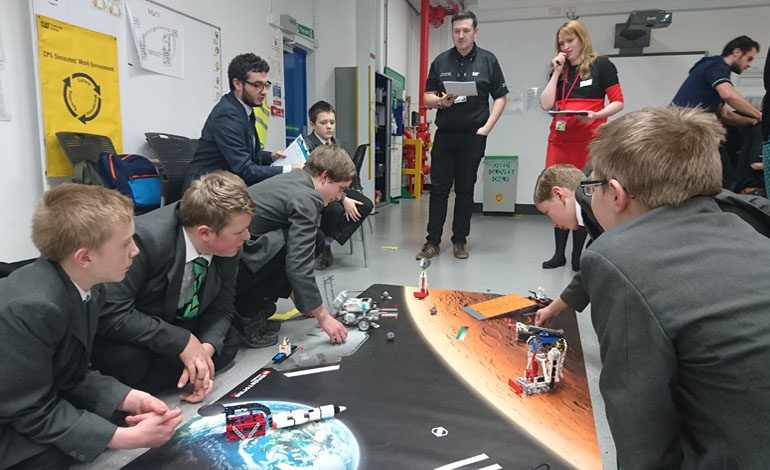 Students from Woodham Academy competed in the TE EEP Robotics Challenge at the Caterpillar Centre of Light in Peterlee this month.

The event, entered by over 200 schools, was the culmination of three months careful preparation in school.

The challenge was to develop and build a robot from scratch before programing it.

Students took on a variety of responsibilities from construction and coding but also with research tasks and making a social network page. Each task completed earned points for the team.

During the day at Caterpillar, students really had the chance to showcase their project and hard work.

Their robot was assessed in a variety of tasks by judges in particular fields, namely its design and its ability to carry out specific space inspired tasks such as raising a solar panel, gathering a moon buggy and launching a rocket.

The students were also required to give a presentation on their robot and undergo a mystery task which they performed highly in.

Concluding the trip students got a tour of the Caterpillar construction line and facility which they found both interesting and enjoyable.

Many students came back from the trip having developed their knowledge of coding and the use of robotics as well as the application of these skills in the field.

Though the team did not win the robotics challenge, students gained a range of skills and new found knowledge, seeing the application of the science they are studying.