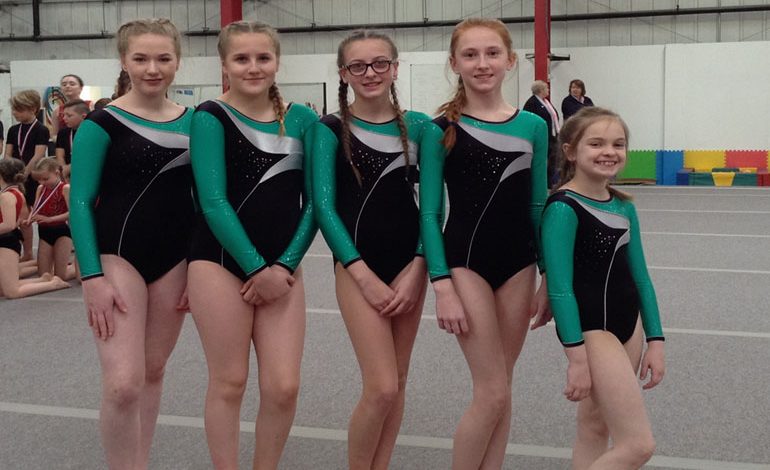 Woodham Academy’s Gymnastics Academy have been training particularly hard after returning from the Christmas break, in preparation for this year’s North East Schools Gymnastics Competition.

It is a big competition that a lot of the schools around the North East enter in hope that they can qualify for the national finals.

Woodham Academy entered three teams this year, and all of the students had to compete in both the floor section and on the vault.

The competition was held at Hartlepool Gymnastics club in March, where they offer out their amazing facilities and help with the organisation.

Woodham Academy’s students have a range of experience in Gymnastics. They participate at a range of levels; some attend local clubs and some have only experienced school gymnastics.

As it is only schools that can enter the competition, the students are competing in age brackets and against a range of abilities.

Woodham A, a group that fell into the Under 14 bracket, were first to represent Woodham Academy in the early stages of the competition.

This saw the students perform their floor pieces first before they moved onto the vault. Each routine was one minute long and involved a range of strength, agility and flexibility moves.

All of the students performed exceptionally well and showed the rest of the competitors the standard at which Woodham Academy perform.

The next part of the competition involved Woodham B, another group in the Under 14 category.

This group of girls were a mixture of KS3 students who have all had a different level of experience in Gymnastics. They all performed exceptionally well and again competed in both floor and vault.

After all of the Under 14’s had competed, Woodham Academy’s Under 19s were then welcomed to the floor. This category is slightly broader and as a results means our students are competing against college students which can be intimidating.