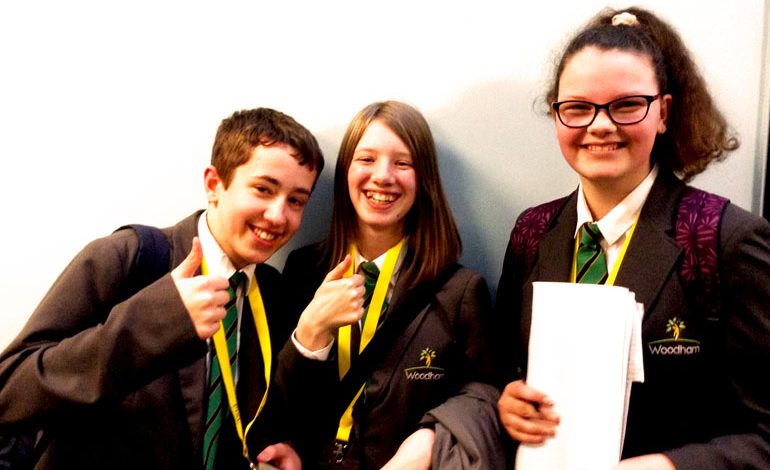 Woodham Academy’s debating team pitted their wits against students from across the North of England when they competed in their first championships.

Members of the school’s new Debating Society took part in the Up for Debate championships, held at York High School.

Staff recently launched the society as one of the latest additions to Woodham Academy’s extensive and growing extra-curricular activities programme.

“This was a tough competition against experienced teams and our students did their school proud.

“We created the Debating Society to help our students gain confidence in public speaking, and to improve their research and team working skills.

“At Woodham Academy, we are committed to giving our students as many opportunities as possible to realise their potential, and to prepare them for future success.”

The team argued in favour of the proposition that cultural treasures should be returned to their country of origin, and against the proposition to tax junk food. The championship concluded with a round of impromptu debates.