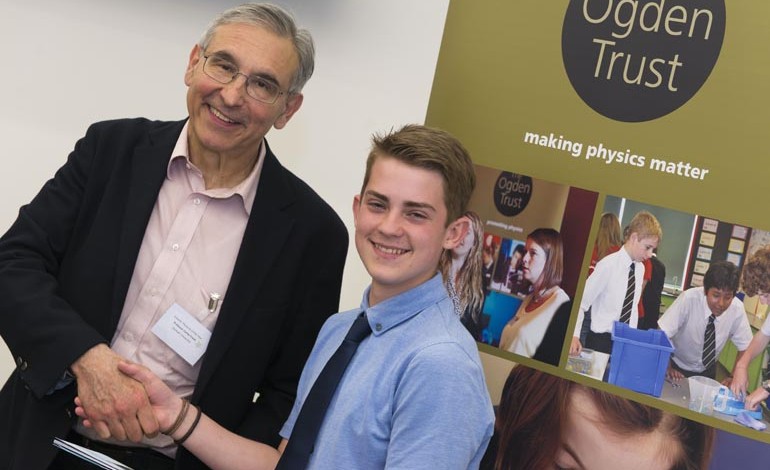 Josef Bedford has been recognised for his enthusiasm and dedication to physics at the annual Durham University Schools Physicist of the Year event.

The ceremony, which took place in June, was attended by the most promising physics students in secondary schools from across the Durham region.

Attendees at the awards evening had the opportunity to take part in several hands-on physics activities provided by Durham University, including musical physics demonstrations and experimenting with programmable robots.

Josef was presented with The Ogden Trust’s Schools Physicist of the Year Award by Professor Carlos Frenk, Director of Durham University’s Institute for Computational Cosmology.

Professor Frenk is one of the most highly cited researchers in Astronomical Physics and a leading figure in world academia.

As a member of Woodham Academy’s More Able Academy, Josef has shown a keen interest in and mastery of all aspects of Physics within his GCSE Triple Science course. He has also been a key contributor to Astronomy Club, held after school in the Science Department.

In addition to a prize of £25 in book tokens to purchase scientific literature, the Award gives Josef the opportunity to apply for a scholarship of £1500 per year should he choose to study a Physics related degree at university.