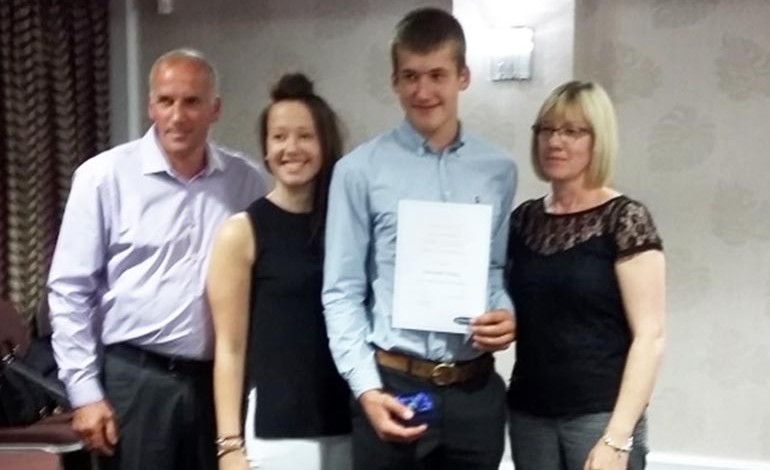 A Newton Aycliffe student has been recognised for his 100% attendance record.

Christopher Waters attended Greenfield Community College (Aycliffe Campus) from September 2010 until July this year, without ever having a day off.

Christopher and his family were invited to attend a presentation at The Riverside Stadium Chester-le- Street to celebrate this fantastic achievement this week.

They were joined by executive head teacher David Priestley and assistant head Melanie Stubbs, who watched proudly as Chris was presented with the award from Metro Radio’s Karen Wight.

Chris gained six GCSE grades at C or above and has achieved his ambition to attend Askham Bryan College in York to study a Level 3 Course in Agriculture.

From the day Chris started at Greenfield it was obvious that agriculture would be the career he would follow, and five years later, while the rest of his friends were making the most of the extended break in July and August, Chris was busy helping his dad to shear the sheep and manage the land.

At one busy point he was actually sorting over 100 sheep in a day before rushing home and scrubbing up for the big school prom.

And yes, you guessed it, he arrived in true farming style on a gleaming tractor!

Next week Chris will sit his driving test to drive a tractor, quite an achievement for a young man of 16.

“At Greenfield we are so proud that every year we have at least one young person who gains this award,” said a school spokesman.

“We know that good attendance is essential if students are to achieve beyond their potential.

“This has certainly paid off for Chris and we send him our warmest wishes as he embarks upon the next stage of his life.”