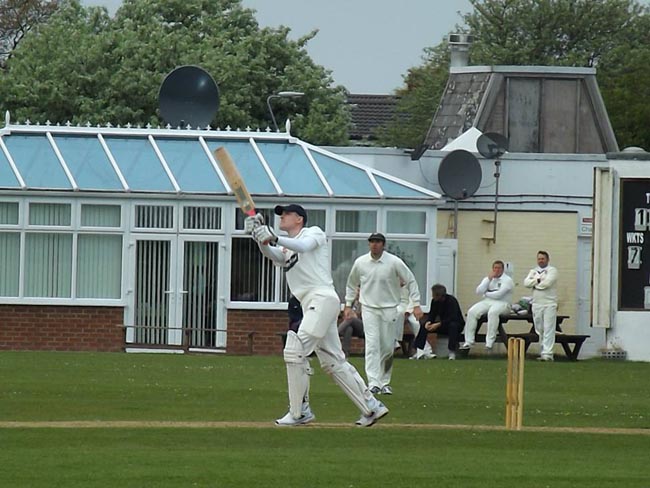 Aycliffe’s visitors Wolviston racked up a healthy 206 for three, with Matty Atkinson taking two wickets for 22.

Chasing 207 for an unlikely victory, man-of-the-match Dan Craggs (pictured) scored an impressive 77 in his last game for Aycliffe.

But Aycliffe’s exciting run chase was halted just six runs short of victory when the overs ran out with the last wicket pair at the crease.