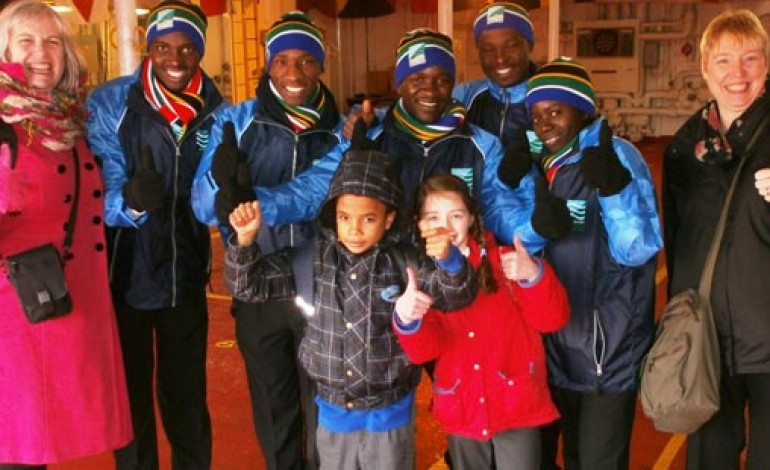 Britain’s best-known polar explorer Sir Ranulph Fiennes has been given a good luck mascot from a Newton Aycliffe school as he sets out  to be the first man to cross the Antartic during a polar winter.

Packed in the 140 tons of supplies for the 2,000 mile trek across one of the harshest environments on the planet, where temperatures can drop to minus 70C, is a knitted mouse from Aycliffe’s St Mary’s RC School.

Headteacher Barbara Reilly-O’Donnell and two pupils handed over the mascot to the expedition team as the ship SS Aghulas set sail from London.

Pupils will be able to follow progress of the challenge, dubbed The Coldest Journey, on the expedition’s website and blog.

The mascot is culmination of events which started with Sir Ranulph speaking at Durham County Council’s education development service’s international leadership conference in 2010.

Teachers then worked together to provide educational materials for an educational website to support the trek.

Pupils at St Mary’s learned all about the journey after being told about Captain Scott’s polar expedition 100 years ago which saw one of his team take a stuffed bear, named Joey, as a mascot.

This sparked the idea for designing a new mascot which was then knitted by one of the grandmas involved with the school.

The headteacher said: “We got in touch with the crew to see if they wanted to take it with them. They replied and said they wanted to have the mouse as their official mascot. We are absolutely delighted.”

Phil Hodgson, strategic lead support and  development , education development service, Durham County Council said: “This is wonderful recognition for all the hard work by teachers in Durham in getting together educational resources for the expedition.

“This now means that pupils from across the country and, in fact, the world will be able to be involved in one of the greatest challenges left to man.” 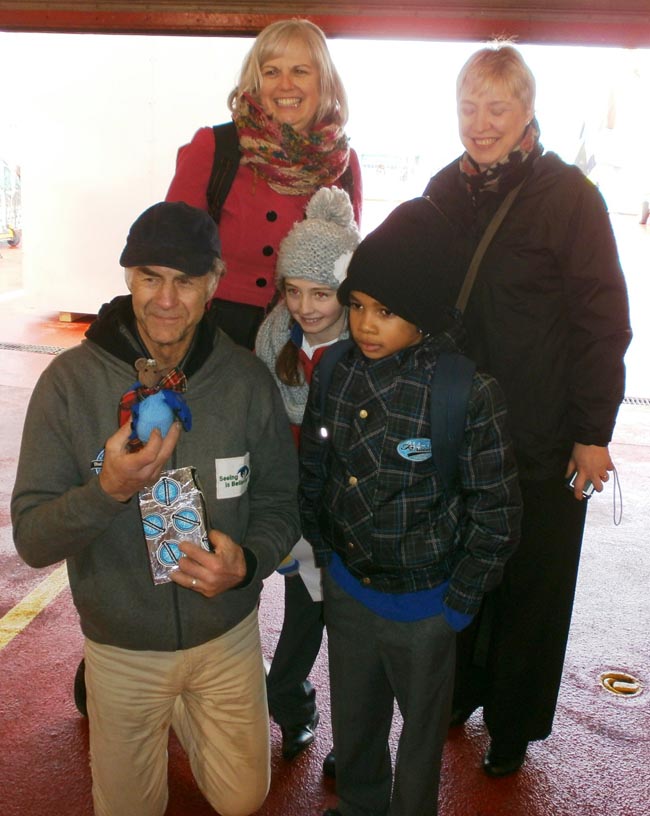