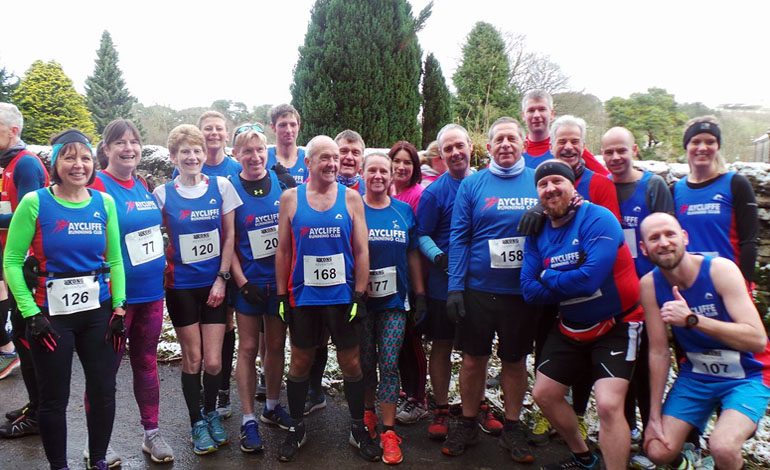 Several of Aycliffe Running Club members braved the elements to compete in the second of the Stockton Winter Trail series of 5k races, held at Cowpen Bewley.

This was the Gavin Duffy memorial race which was as always well supported with almost 300 runners attending. As expected conditions were muddy under foot, but not as bad as previous years.

A bumper 18 Aycliffe runners turned out for the annual Ravenstondale 10K on Saturday 25 November, which has become a firm favourite in the club’s racing calander. The hilly course loops around country roads with beautiful scenery.