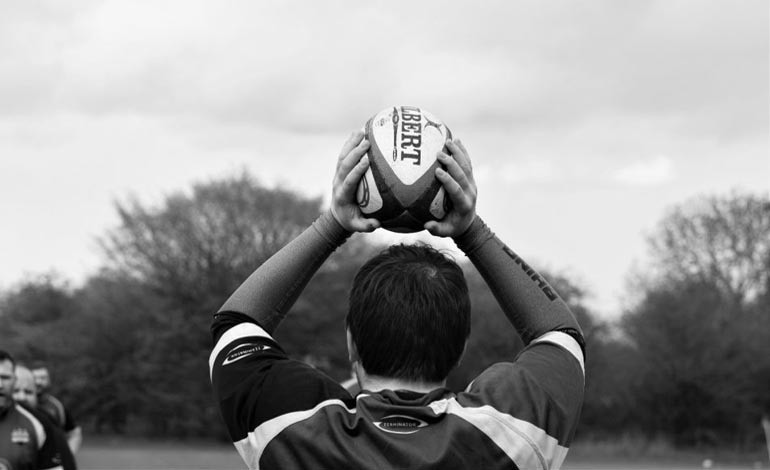 With the season drawing to a close a good crowd turned out to see Aycliffe play their last home game of the campaign and they weren’t disappointed.

The opposition were Washington who have struggled somewhat this season. Taking nothing away from them the 14 men that took to the pitch against Aycliffe they stuck to the task without complaint and kept on going for the full 80 minutes.

From the off though it was obvious that there was only going to be one winner with Neil Morgan going over for the first try with the first passage of play.

With the chilly winter like weather keeping the crowd stamping their feet out on the pitch the Aycliffe team warmed up with further tries coming from Chris Richards, James Thacker going over twice and Warren Parsonage. Luke Tinkler added three conversions to leave the halftime score at 31-0 to the top of the league team.

The second period started as the first ended. Tries coming thick and fast and with the plucky 14 of Washington tiring and Aycliffe able to make use of a full squad, fresh legs were brought on to finish the job.

Further tries came thick and fast with Adam Gascoigne getting a brace. His second late on from a maizy diagonal run across the field leaving all in his wake.

The ever present James Thacker adding a further two tries to his first half tally, giving him a total of four for the day.

Washington found themselves in the unusual position of being in the Aycliffe half of the field and only yards from the home sides try line.

With a rush of blood and a ten man maul Washington drove over the line to score a consolation try which was unconverted.

Aycliffe had to wake up again and get back on track. Luke Tinkler, Matty Wiper, Mark Wilson, Drew Gibson all went over adding to the total.

Conner Blakey making his full first team debut had a strong game and he added two more tries with decisive running in the loose.

The final score 92-5 to Aycliffe but all credit must go to the lads of Washy who turned out to give Aycliffe a game.

With Aycliffe looking over their shoulder at the chasing pack in the league we travel to Sedgefield on Saturday for a big local derby clash and all supporters are encouraged to come along to the cricket ground in Sedgefield for a 3pm kick off.