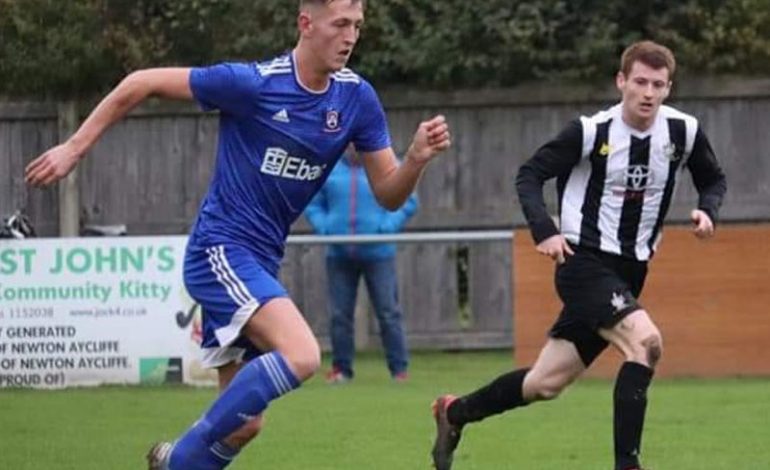 Newton Aycliffe’s winning run came to an end at home to Northallerton.

They struggled to get their passing game going on the very heavy pitch, and went down 3-2.

Aycliffe did start the better of the two teams. Connor Phelan broke free down the right hand side on five minutes and put a cross in which just evaded Dean Thexton.

Three minutes later Liam Jarvie got put through, but hit the post and it stayed out.

Northallerton started to come into the game, and Adam Pickford made a couple of saves low down.

However, on 38 minutes, he hit a clearance straight against Cheeseman and it looped into the net for 1-0. That remained the score at half time.

Aycliffe were better at the start of the second half, and had a good period of pressure; Jarvie had a goal chalked off for offside and Johnson Ballan had a good penalty shout turned down on 56 minutes.

The lead only lasted seven minutes, Smith curling the ball past Pickford. Two minutes later, Smith got a second with an unstoppable shot.

Thexton got his and Aycliffe’s second with nine minutes to go, with another great finish.

Aycliffe had several half chances before the end but couldn’t find the net, and Northallerton held out to take the three points.

Aycliffe’s next game is a league trip to Newcastle Benfield on Saturday (November 9, 3pm).