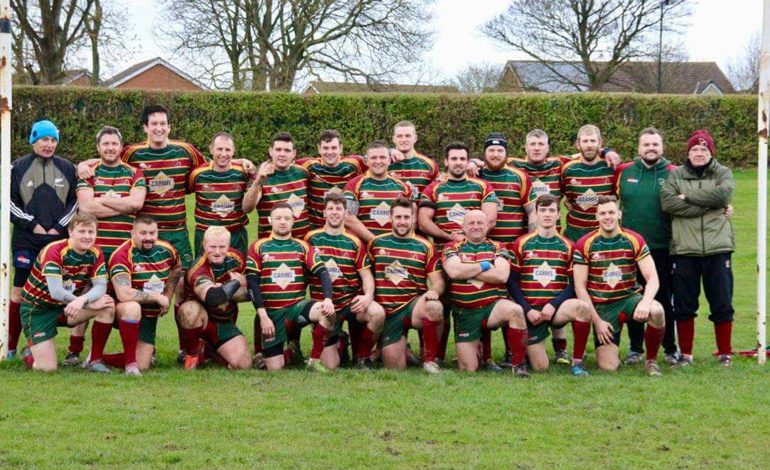 Newton Aycliffe Rugby Club secured promotion to Durham and Northumberland Division Two with an emphatic win at the weekend.

Aycliffe 1st XV travelled to Seghill RFC needing only one point to be guaranteed a long-awaited rise to DN2.

And straight from the kick-off it was clear that there was going to only ever be one winner, with Aycliffe playing some fantastic rugby and producing some outstanding team tries.

The final score was a very convincing 79–3 win. The 1st XV now turn their attention to the final three games of the season, where they will be looking to continue their fantastic form and celebrate promotion as table toppers.

This season’s success has come off the back of a lot of hard work both on and off the pitch over recent years.

After going through a tough spell a few years ago when the club came bottom of the league in 2012/13, the 1st XV have finished third for the past two seasons, one place off promotion each time.

The last time Aycliffe Rugby Club gained a promotion was in 2004, in the old league structure of DN4 – so there has been a 13-year wait for league success!

The team performances this season have, at times, been nothing short of outstanding with some hard-fought victories as well as some annihilations of teams.

Aycliffe’s defensive record is the best in the league and this been the solid base on which all their wins have been based. Apart from one close loss away at Richmond, the 1st XV have been dominant and undefeated this season, as well as repaying the loss to Richmond by putting a bonus point victory on them at Moore Lane.

As well as 1st XV success, this year has seen the continued rise from the ashes on the Aycliffe 2nd team, now renamed the Newtonians.

The Newtonians were reformed in 2015 after 13 years in the abyss and are currently also pushing for promotion in their league.

This fight will be going right down to the final game of the season at the end of April, but the players are confident they can continue their win streak and will be giving it their best effort.

Newton Aycliffe Rugby Club is in a fantastic position. Everyone is focused on winning these final few games and then celebrating the season’s success at the presentation night on April 29.

If you would like to find out more about playing for the club or being a sponsorship partner, have a look at their website or social media pages.