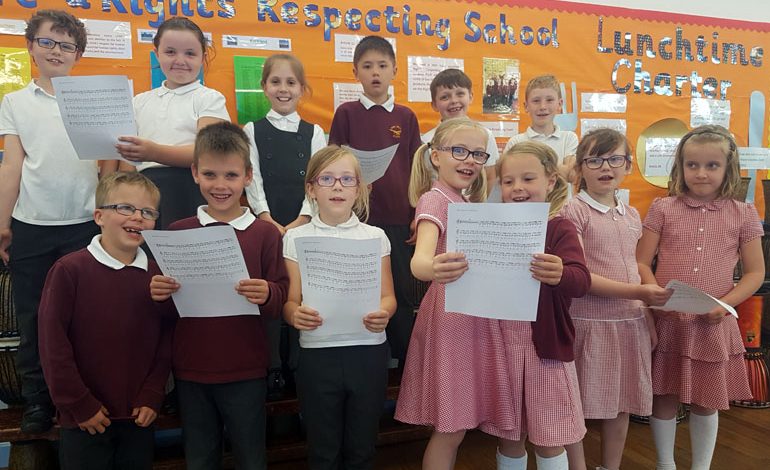 Students from Newton Aycliffe schools are taking part in a community outreach project based around vocal performing.

The project, led by Woodham Academy, will culminate in a performance given by all participants in the annual Woodham Summer Concert on July 13.

Four primary schools have signed up to the project. Students from Vane Road, Sugar Hill, St Joseph’s and Chilton primary schools will have the opportunity to work with a member of Woodham’s music department, who visits each school every fortnight, in order to learn three songs, and ultimately perform them as part of a larger choir.

All students are learning the same songs, and will give the final performance all together in the Summer Concert.

So far, around 50 students are taking part, and rehearsals are progressing well. Woodham staff are particularly impressed with the motivation from many of the students involved, noting that children are keen to work hard to give a confident performance.

One of the benefits of this project is the chance to help develop the musical abilities of students prior to their arrival at Woodham, and to give students the chance to stand on a stage and perform in front of a wider audience than they may be used to.

There is a strong tradition of performing at Woodham, with concerts, musical productions and talent shows being regular occurrences on the school calendar.

The aim of outreach projects such as this is twofold – to allow children to become involved in performing at a younger age, which will then hopefully continue throughout their time at secondary school, and to engender in as many students as possible a love of performing.

The Woodham Summer Concert will take place on Thursday July 13, at 7pm in Woodham Main Hall. Tickets will be available nearer the time by contacting Woodham Academy on 01325 300328.