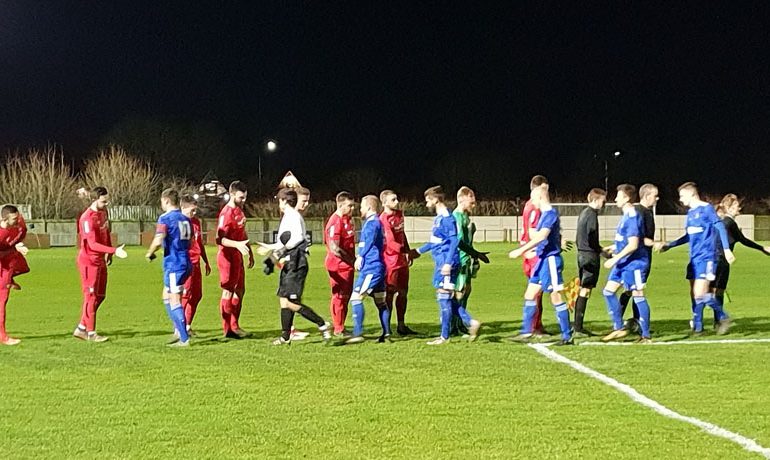 They lost 3-0 but gave a good account of themselves against the Teessiders.

The match was played in very windy conditions, and this contributed to a quiet first 20 minutes where the midfielders dominated and there were no real chances.

Stockton took the lead on 32 minutes. A cross from the left wasn’t cleared by the Aycliffe defence and it fell to ex-Aycliffe player Owens to poke the ball home.

Both sides were trying to play their football, but the wind hindered all the players and there were no further chances before half time.

Aycliffe came out strongly in the second half and had Stockton pegged in their own half for the first ten minutes.

Aycliffe man-of-the-match Jake Petitjean held his own against a strong Stockton midfield.

Stockton came into it though and went further ahead on 58 minutes when a cross from the left eluded the Aycliffe defence and Jackson made no mistake at the back post. Aycliffe came straight back and Kev Carr got in behind the defence wide right and put in a great cross which Ryan Redford nearly got on the end of.

Both sides traded shots without breaking through for the next twenty minutes.

Aycliffe keeper Adam Pickford had made a couple of great saves but had no chance on 80 minutes when a corner was headed down into the danger area for Roberts to smash it home and seal the win.

Next match is at home to Billingham Town on Saturday (January 11, 3pm).