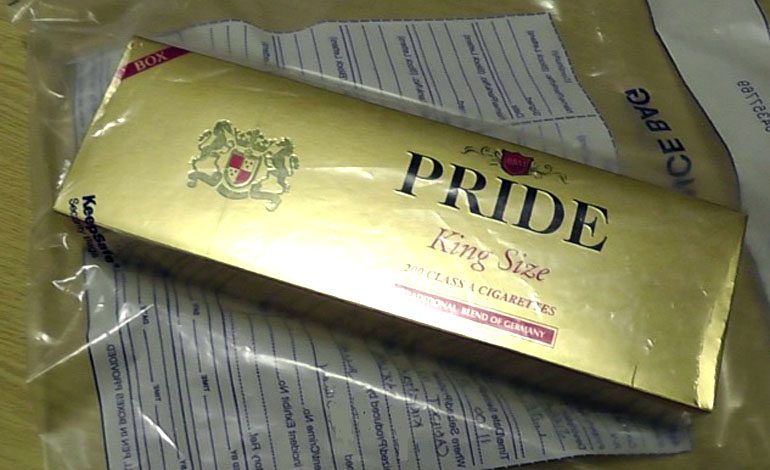 A Newton Aycliffe man has been ordered to pay out more than £500 after he was caught in possession of illegal tobacco.

Once inside, they seized 200 illegal Pride cigarettes and 1.85kg of illicit Turner hand rolling tobacco.

In mitigation, the court heard that Field had only supplied tobacco products to his family, and did not profit from his activity.

He was sentenced to an 18-month conditional discharge and was ordered to pay costs of £545.38 and a £20 victim surcharge.

Owen Cleugh, consumer protection manager at Durham County Council, said: “This prosecution demonstrates our commitment to tackling illegal tobacco, and should serve as a warning to those also engaged in this kind of criminal activity.

“The illegal tobacco trade harms local communities on many levels. It not only encourages smokers to keep smoking, but it can make it easier for children to access tobacco products. It is also linked to other types of criminality.

“Anybody wishing to provide information about illegal tobacco can do so anonymously by calling 0300 999 0000 or online at www.keep-it-out.co.uk.”