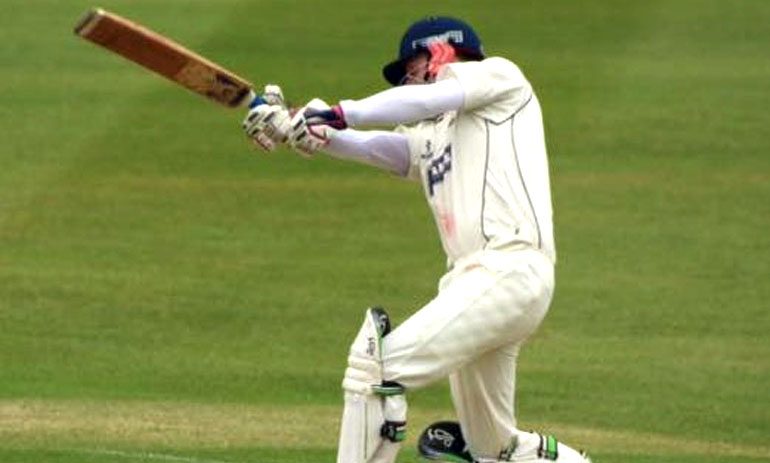 Newton Aycliffe 1st team, who still sit third in the table, were beaten at home by new division two leaders Sedgefield by an agonising ten runs. Michael Howe (sponsored by Yvonne & Bob Wood, pictured above) was given the man-of-the-match award after scoring his fourth half century of the season, finishing on 51 from just 35 balls faced and his blistering innings included eight boundaries and a six.
This defeat opens up a significant gap and leaves Aycliffe, who are currently on 213 points, 27 behind second placed Middlesbrough, only one point ahead of fourth placed Barnard Castle and just three ahead of fifth placed Rockliffe Park.

Aycliffe’s young second team were easily defeated away at divisional champions elect Saltburn 2nd XI. Captain Neil Bancroft was given the man of the match award for an excellent innings of 38 from 41 balls during which the veteran hit five boundaries and two sixes in his innings.